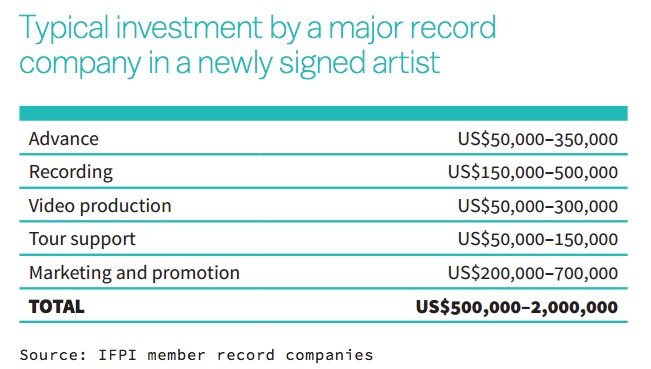 If you don’t have half-a-million dollars, then maybe you should go home.  According to a study released this morning by major label organization IFPI, breaking an artist in a major market requires at least $500,000, and sometimes as much as $2 million.

It was also noted that signed artists aren’t taking much financial risk, either.  “These upfront payments are recoupable against royalties generated from the recorded music created, but in many cases artists do not break even and do not have to repay the money.”

“The burden of risk lies with the record company.”

The complete report can be found here.