If Taylor Swift Can’t Beat Spotify, Then Neither Can You… 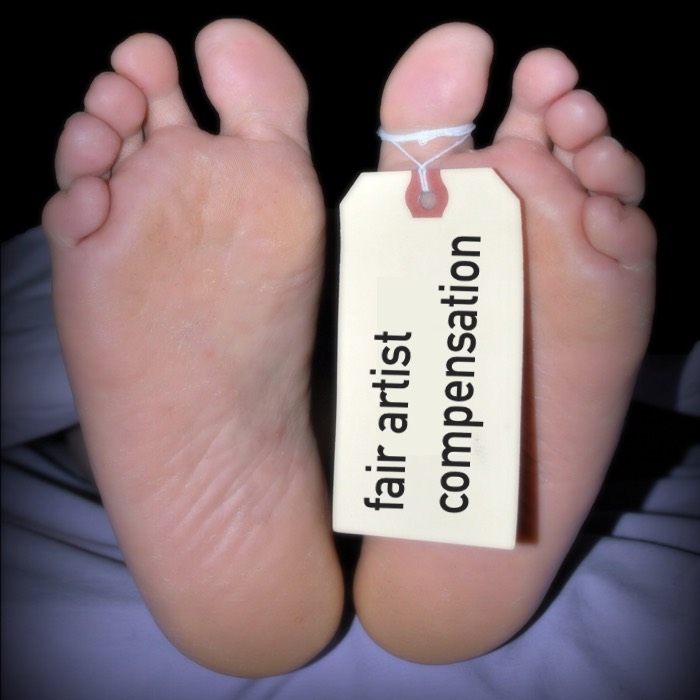 Taylor Swift is the only artist that went platinum in 2014.  She’s the most powerful and influential musician on the planet right now, and the best thing that ever happened to artists fighting for fair compensation and better treatment in the digital era.

But she also lost, decisively, in her battle against Spotify.

(1) Spotify embarked on its greatest surge in users and subscribers, ever.

(2) YouTube enjoyed a massive spillover effect from millions of people who still wanted to stream Taylor Swift’s album.  And YouTube pays much less than Spotify.

Analysts like Mark Mulligan argue that deep discounts are what spurred Spotify’s subscriber surge in the past two months.  But the attention of hundreds of millions of people suddenly paying attention to the Taylor Swift debate, and this ‘Spotify’ thing, didn’t hurt either.

In the end, the public didn’t really understand the complicated compensation issues.  But they easily understood this cool Spotify thing.  The result was this: 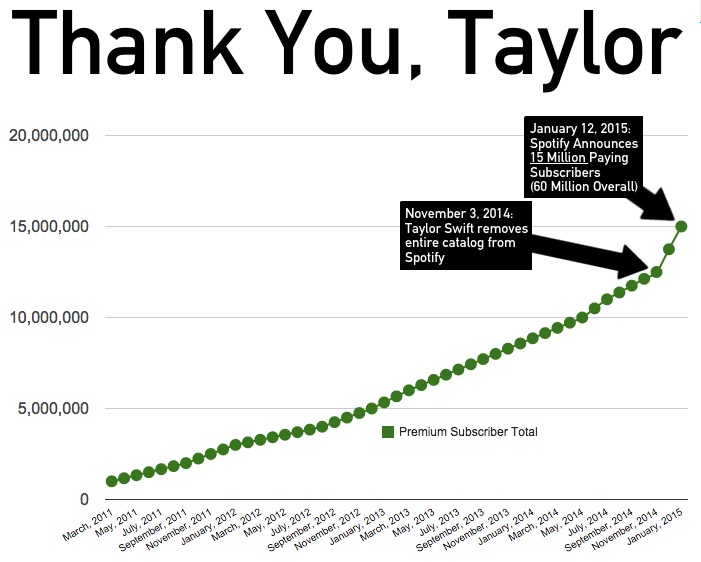 The only thing more powerful than Taylor Swift taking on Spotify would be twenty Taylor Swifts taking on Spotify.  In other words, a wide-scale boycott from the most powerful, influential artists in the world, with a content pullout that would cripple Spotify’s service.  But that’s extremely unlikely to happen, thanks to very secure contracts between Spotify and the big three major labels, who control the catalogs of these so-called ‘powerful’ artists.

Don’t get it confused: the majors, Spotify, and others like Pandora aren’t nice people, and they aren’t looking out for artists.  But they are extremely powerful people who are making a lot of money off of streaming and reaching tens of millions of users, with or without your participation.  The best you can do is window your releases on streaming platforms, and that’s typically only something artists with extremely loyal followings or superstar-level profiles can achieve.

For the rest of us, a Spotify pullout means you don’t exist to millions of potential fans.  Sitting it out only makes the situation worse, and reduces the already-slim chances of making money through some other endeavor, like touring or patronage.  You might as well join ’em.

You’ll still get screwed on your streaming royalties, and you’ll still struggle.  But at least you’ll still be alive.  And that’s the music business in 2015.

Image by Morgan, licensed and modified under Creative Commons Attribution 2.0 Generic (CC by 2.0).