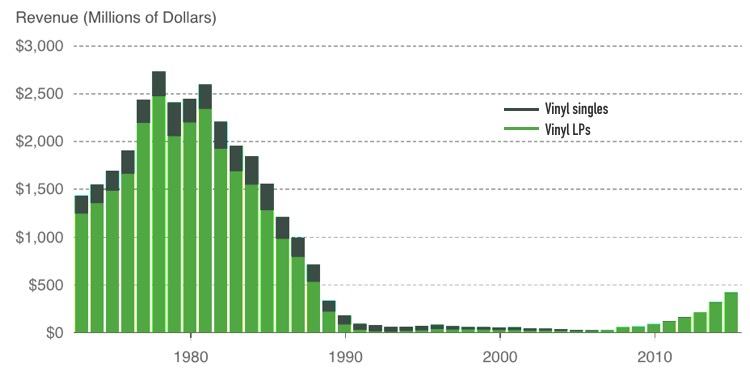 Here’s what the vinyl records ‘comeback’ looks like, dating back to 1973 (and updated for 2015).  US-based data compiled by the Recording Industry Association of America (RIAA).

And here’s a breakdown of sales, by year.

As for 2016, that data is still rolling in.  We’re hearing different information on how strong the growth has been this year. That said, growth could start to seriously jumpstart, thanks to a surge in innovation in this space.  That includes work on an ‘HD Vinyl‘ format, and unexpected ideas like the MAG_LEV magnetically hovering turntable.