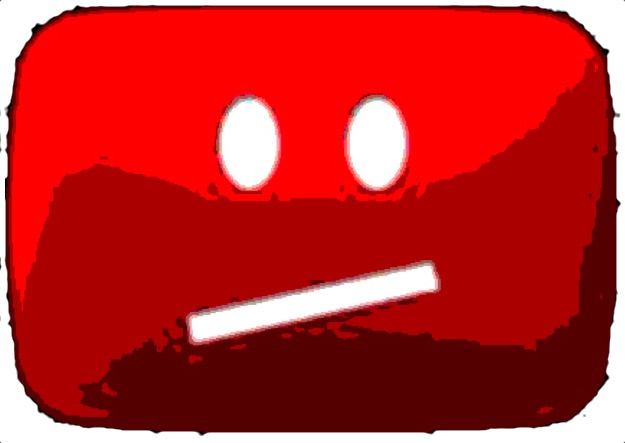 My Google Youtube rep contacted me the other day. They were nice and took time to explain everything clearly to me, but the message was firm: I have to decide. I need to sign on to the new Youtube music services agreement or I will have my Youtube channel blocked.

This new music service agreement covers my Content ID account and it includes mandatory participation in Youtube’s new subscription streaming service, called Music Key, along with all that participation entails. Here are some of the terms I have problems with:

1) All of my catalog must be included in both the free and premium music service. Even if I don’t deliver all my music, because I’m a music partner, anything that a 3rd party uploads with my info in the description will be automatically included in the music service too.

2) All songs will be set to “montetize”, meaning there will be ads on them.

3) I will be required to release new music on Youtube at the same time I release it anywhere else. So no more releasing to my core fans first on Bandcamp and then on iTunes.

4) All my catalog must be uploaded at high resolution, according to Google’s standard which is currently 320 kbps.

5) The contract lasts for 5 years.

I can’t think of another streaming service that makes such demands. And if I don’t sign? My Youtube channel will be blocked and I will no longer be able to monetize (how I hate that word) 3rd party videos through Content ID.

I told the rep I’m happy with Content ID as it is. Can’t I just continue to participate in Content ID and not be a part of Music Key?

No. The rep said they can’t have music in the free version that is not in the paid version, it would be bad for their users. All music content has to be licensed under this new agreement.

How many 3rd party videos are there? As of today there are 9,696 videos and last month those videos had 250,000 (*1) monthly views. The Content ID robot sucks up more videos every day.

I got started with Content ID a couple of years ago when someone from Youtube reached out to me and I was offered a content management account to “claim” the soundtracks of these videos. The videos are dance performances, documentaries, amateur films, slideshows, animations, art projects, soundtracks to people doing things like skiing, miming, calligraphy or just playing video games. I love the variety of them all. Who knew there could be so many different ways to dance to my music? The video with the most views (1 million) is a demo reel by the Game of Thrones post production team.

In the majority of these videos the creator was really supposed to obtain a sync license from me but I think a lot of people don’t know. It’s daunting and cumbersome and confusing when all you want to do is add music to slides of your art portfolio. I have a licensing agent who handles the big stuff but there is not enough money in these usages for him and I wouldn’t have time to manage all the requests. Content ID feels like an awkward work around (the language the video uploaders see can be very alarming to them), but it solves a problem.

Here’s how it works: I upload my music and the Content ID robot identifies matches. I never block anyone’s videos or stop them from using the music except for special cases, like videos from hate groups or unauthorized product advertisements. Once Content ID finds a video with my music in it I can decide if I want to just track the video, or “monetize” it, i.e. put Dorito ads on it. That doesn’t always seem appropriate but if I do decide to monetize a video, or if the uploader already had ads on it, Google gives the majority of the ad revenue to them and about a third to me for the soundtrack. It really doesn’t pay very much but it does put “Zoe Keating” and a song title in the description of every video…in other words, credit.

One thing I don’t have on Youtube is music videos I’ve made myself. I don’t have a good explanation for why I’ve never made a music video but as I started work on my new album in 2013 I made a few quick videos about my life for my fans, meaning to make that a regular occurrence. I also thought I’d make a couple music videos to go with the new album.

But then my life changed. My husband Jeff was mysteriously and increasingly ill until in May 2014, he was diagnosed with stage IV non-smokers lung cancer. For most of last year I cared for him and our son and was unable to work much, let alone tour. Making videos was the last thing on my mind. When Jeff’s health stabilized in the fall I started working as a TV composer (for a show called “The Returned”, it airs on A&E on March 9). Working on the show has offered a much-needed creative outlet, steady pay and allowed me to stay close to home (his health is still fragile and we’re living in the moment but I am going to try to get that album out this year).

Anyway, a year ago my Youtube rep let me know there was a new music service coming and she sent along a new agreement.  I read it and raised my concerns and asked if I could return the contract with those particular terms struck out.  Alas no but the product folks seemed genuinely curious about my concerns and I had a phone meeting with them.  The meeting was similar to one I had with DA Wallach of Spotify a couple years ago.  Similar in that I got the sense that no matter how I explained my hands-on fan-supported anti-corporate niche thing, I was an alien to them.  I don’t think they understood me at all.

The catalog commitment is the biggest issue for me.  All these years I’ve yet to participate fully in any streaming service although I’ve chosen to give a handful of recordings to a few of them.  If anyone wants more and they balk at paying for it, they can always stream all my music for free on Bandcamp(*2) or Soundcloud or they can torrent it (I uploaded my music to Pirate Bay myself many years ago). I’ve heard all the arguments about why artists should make all their music available for streaming in every possible service. I also know the ecosystem of music delivery made a shift away from downloading last year. Streaming is no longer advertising for something else, it is the end product. It’s convenient. Convenience is king. Yup, got all that, thanks.
This is the important part: it is my decision to make.

Is such control too much for an artist to ask for in 2015? It’s one thing for individuals to upload all my music for free listening (it doesn’t bother me). It’s another thing entirely for a major corporation to force me to.  I was encouraged to participate and now, after I’m invested, I’m being pressured into something I don’t want to do.

I re-evaluate and change my mind all the time and I might decide to put everything everywhere at some point.  But I want to decide what to do when.  That is a major reason why I decided in 2005 to self-publish rather than chase after a record deal.  I am independent because I didn’t want a bunch of men in suits deciding how I should release my music (*3).  For 10 years I have managed to bushwhack a circuitous path around them but now I’ve got to find a away around the men in hoodies and crocs (I’m sorry, that was low, but that story was so funny).

The Youtube music service was introduced to me as a win win and they don’t understand why I don’t see it that way.  “We are trying to create a new revenue stream on top of the platform that exists today.”  A lot of people in the music industry talk about Google as evil.  I don’t think they are evil.  I think they, like other tech companies, are just idealistic in a way that works best for them.  I think this because I used to be one of them (*4).  The people who work at Google, Facebook, etc can’t imagine how everything they make is not, like, totally awesome.  If it’s not awesome for you it’s because you just don’t understand it yet and you’ll come around.  They can’t imagine scenarios outside their reality and that is how they inadvertently unleash things like the algorithmic cruelty of Facebook’s yearly review (which showed me a picture I had posted after a doctor told me my husband had 6-8 weeks to live).

I’ve been invited to play at Google twice. I went to the World Economic Forum in Davos last year and bumped into Eric Schmidt (not a croc-wearer) in the crowded halls. I was introduced to him a few months later at Google Zeitgeist (where I performed before a talk by Bill Clinton) but I doubt he has any recollection of me.  So I might be well-connected but in the end I am a nobody.

What should I do? As much as it makes me grind my teeth, does having all my music forced onto Youtube’s music service really just not matter all that much? Should I just close my eyes and think of England?

Maybe after writing this blog Google will make the choice for me. They will block my channel and I will have to decide whether to block those 9,696 videos….and anger 9,696 fans. The usual people will talk about it for a day or two (*5) and then it and I will be forgotten.

Anyone starting up a new video service?

(*1) I know it is not the same thing but it’s interesting that my monthly number of Pandora spins is also about 250,000. I’m allowed to talk about how much that pays, about $324 (sound recording + artist payment combined). It’s a violation of my agreement to say how much a comparable number of Youtube plays pays.

(*2) Here is something weird. Until yesterday a search for “Zoe Keating” would yield a Google Knowledge Graph box on the right with all my info, including links to listen to my music. It always bugged me that those links were only to Google Play, Rhapsody and Spotify, all services which have hardly any of my music in them. If the metadata about me is really pure, why not link to the only services that actually have all my music? i.e. Bandcamp, SoundCloud and iTunes? I know the links were there yesterday because I searched to get the list for this blog. As of today, there are no music links whatsoever. Ideas?

(*4) I came of age in San Francisco working at a software startup during the dot com boom. The cyberpunks and the geeks were my friends. We worked together, we lived together, we raved together. Yes, a lot of what motivated us was the golden handcuffs (i.e. a salary of stock options only good in a future IPO) but I remember being motivated by the idea of technology changing the world for the better. Sometimes it felt like we were revolutionaries. Unfortunately a lot of those ideals, if they still exist, have become…corrupted is too strong a word….subsumed. The revolution has been corporatized.