Splice Adds a Plugin Store to Their Platform 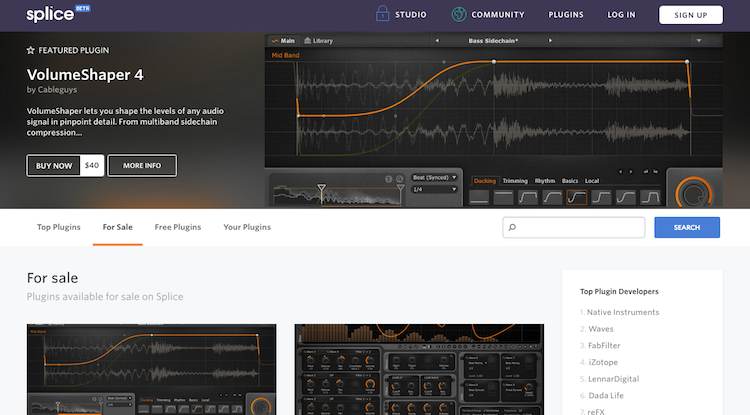 Splice was released at the end of 2013. The platform allows producers to share their work and collaborate, integrating with Ableton, FL Studio, Logic, and GarageBand.

Splice has now added a plugin store to their platform. Uploaded projects already displayed plugins used by the artist, but now users can purchase the plugins they see on the site.

This store is especially useful when using Splice to collaborate with other artists.
The plugin store features both paid and free plugins from Xfer Records, Voxengo, Cableguys, and others. The store also saves licenses and lets users know when there’s an update.

Splice says that in the future their platform will allow plugin subscriptions and rentals.