In Norway, nearly 80 percent of all recording revenues now come from streaming.  That’s enough to virtually kill off piracy, as well as an entire recording industry.

Here’s a graph that shows the dramatic drop in piracy in the past few years.  In 2014, ‘Digital’ was more than 95% streaming. 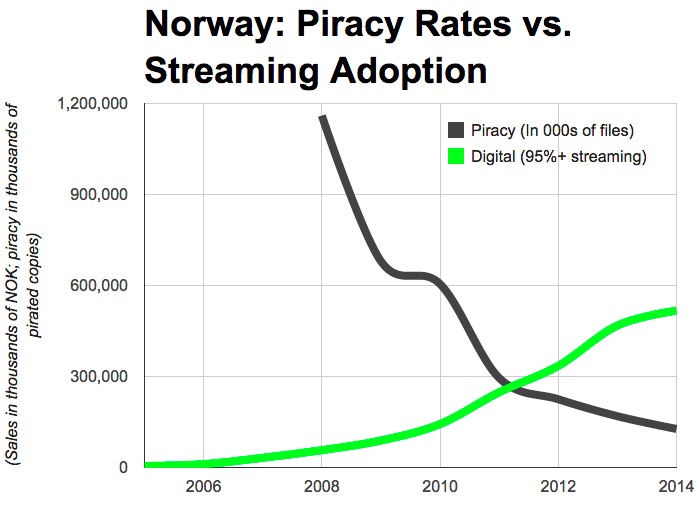 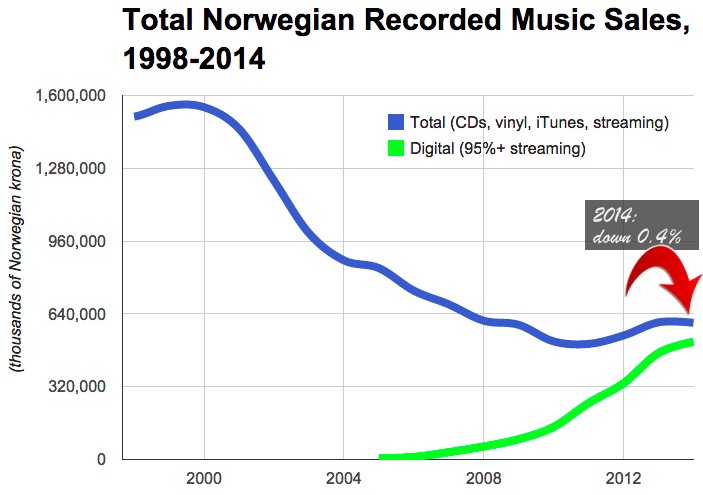