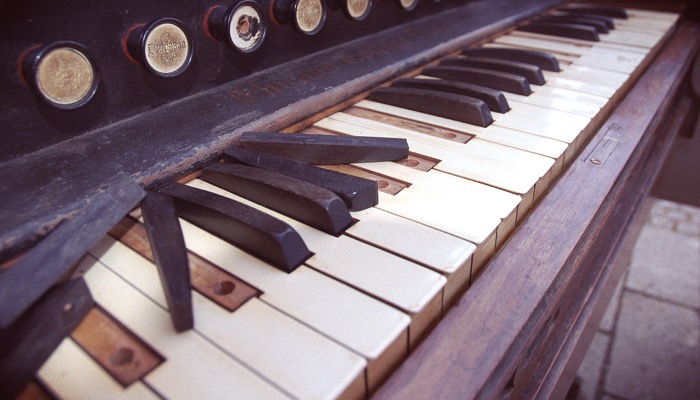 In a New Year’s message to listeners, Pandora’s CEO called 2014 the “year of the working artist on Pandora.” He suggests that events last year were positive for those trying to make a living on his streaming site.

In reality, 2014 was the year of the music creator standing up to streaming on behalf of working songwriters. Not to mention, Pandora fighting tooth and nail in court and Congress to pay them even less.

Pandora’s CEO is quite literally banking on a few things. First, that music fans don’t understand recording artists and songwriters are paid differently – so by saying “artists” are treated well, folks will assume everyone is being compensated. Nothing could be further from the truth.  While artists and record labels receive a respectable 50% of Pandora’s revenue, songwriters receive only about 4%.

Second, he is hoping that fans won’t notice that Pandora has gone to court twice to sue to pay songwriters less.  Less, even, than the $2,700 in songwriter and publisher royalties earned from 43 million streams of Pharrell Williams’ “Happy.”

A far cry from the “year of the working artist,” the true hallmark of 2014 was that famous singer-songwriters said ‘no’ to streaming that treats songwriters unfairly.  Taylor Swift made news with her bold declaration against the degrading royalty rates paid by Spotify, saying, “I’m not willing to contribute my life’s work to an experiment that I don’t feel fairly compensates the writers, producers, artists, and creators of this music.”

Jason Aldean followed suit, declaring, “I’m an artist whose career has been built by the songwriters, publishers, producers and engineers that line Music Row in Nashville. What they do has value, and I want everyone who is involved in making my music to be paid fairly. This is about trying to do what is right for the people who have given me a great life.”

Luckily, Swift and Aldean, who are both songwriters and recording artists, have the ability to take a stand by pulling their songs from Spotify. Were they exclusively songwriters, they would have no choice due to decades-old government regulations.

Simply put, without big-name artists like Swift to speak for them, the songwriters behind the music often have a much a weaker voice.

So why don’t songwriters get a fair shake from streaming? In the case of Pandora, while recording artists have some ability to negotiate their rates, songwriters have none.  As Aloe Blacc, the co-writer of Avicii’s hit “Wake Me Up,” said,

“by law, we have to let any business use our songs that asks, so long as they agree to pay a rate that, more often than not, was not set in a free market. We don’t have a choice. As such, we have no power to protect the value of the music we create.”

Considering this, how does Pandora still claim to benefit creators? Pandora’s CEO referenced the supposed marketing value of his site in his address too listeners, writing, “Pandora has become a real home for artists that have never had this kind of audience before.”

Pandora will continue to claim that publicity garnered by being on its platform is payment enough.  But that publicity only turns to revenue when it manifests itself in album sales, which are drastically in decline as streaming takes over as the music-listening medium of choice.  Streaming itself is becoming the dominant revenue stream, which is why Pandora’s payments – not its supposed exposure value – are critically important.

Ironically, Pandora is competing with and overtaking the actual purchasing of music, while claiming it spurs sales.

Ultimately, no amount of publicity is worth giving up any chance at earning a living. And just how much benefit do artists get from plays on Pandora? Shockingly little. In fact, Pandora released a study last November touting the “Pandora Effect” which revealed that “For new music, the positive effects were 2.82 percent for majors and 0.62 percent for independents, although the latter was not statistically significant.” So what is the real Pandora effect? Little to no jump in sales, and a royalty for songwriters so small that even successful ones can barely make a living.

Pandora’s CEO says confidently that it’s “very exciting to think about the impact internet radio can eventually have on the future of these talented and deserving artists.” He goes as far as saying, “If we do it right, together we can really make a difference for them.”

The difference for songwriters will be that instead of achieving a fair, negotiated royalty rate for their songs, they will be dictated to by a massive corporation that fights to keep archaic government regulations in place in order to pay them less and less.

My hope is that instead of trying to convince music lovers that they’re doing something good for songwriters and artists by listening to Pandora, its CEO will actually do something good by starting to pay them fairly.  Perhaps Pandora’s New Year’s Resolution could be to value creators so that songwriting and streaming can thrive this year and the next.  Let’s let 2015 be ‘the year of the working songwriter on Pandora.’

David Israelite is the President and CEO of the National Music Publishers’ Association (NMPA). Founded in 1917, NMPA is the trade association representing American music publishers and their songwriting partners.