Beatport Is Launching a Free Streaming Service (With No Ads) 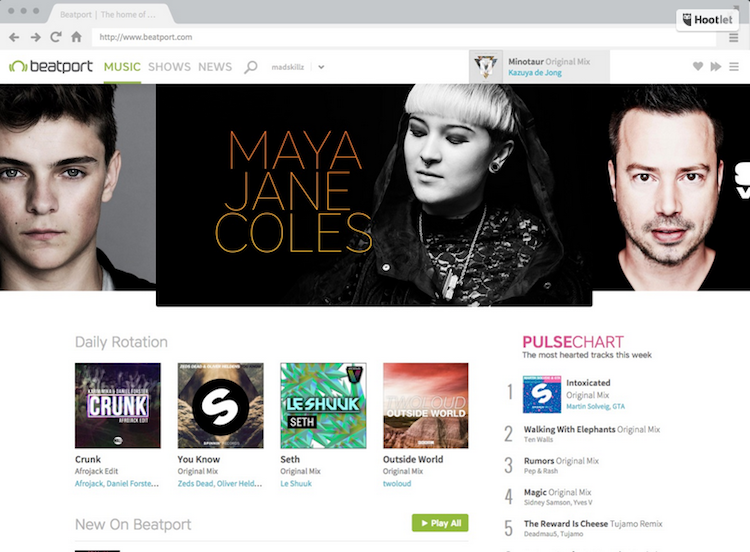 As of now, Beatport is in beta and requires a login, so there’s at least a temporary entry barrier.  The service is closely linked to Beatport Pro, encouraging users to buy the songs they’re listening to.

Ideally, Beatport would limit streaming access to DJs that need to buy full songs.  The presence of parent company SFX Entertainment, a company known for trying to reaching every possible user imaginable, makes that unlikely.

The Beatport platform has also expanded to include electronic music news, videos, and shows.