What Rhapsody and Spotify Pay Songwriters…

This doesn’t include mechanicals. 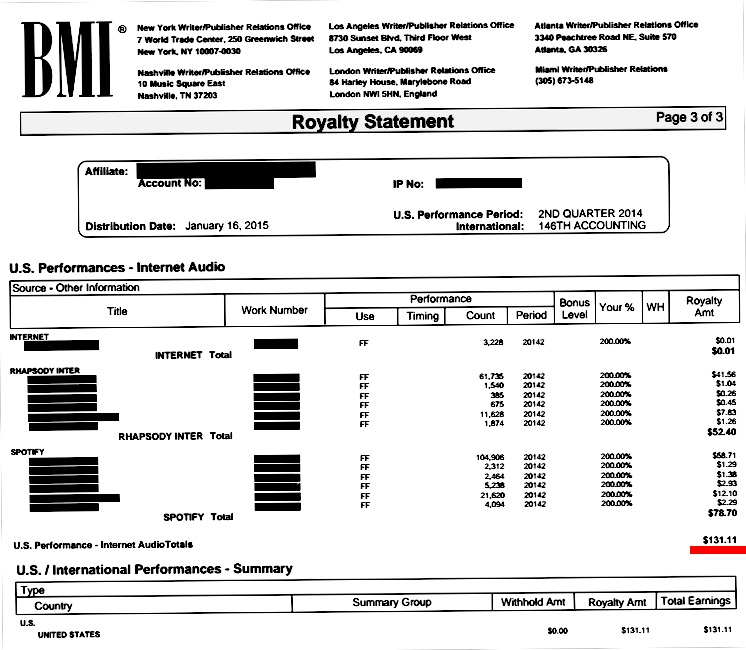