Northside Festival has announced their first round of programming for their music, innovation, and film festival. The festival takes place in Brooklyn from June 8th to the 14th.

Run the Jewels, Neko Case, Best Coast, and Built to Spill will play the music portion of the festival, which takes place June 11-14.  Over 400 other artists will be announced, but here’s all the artists that have been announced so far: 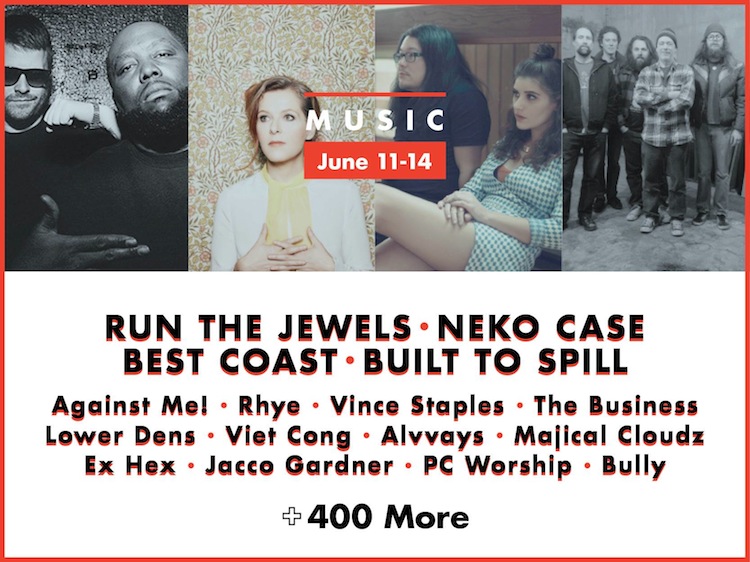 Northside Innovation takes place June 11 and 12. This portion will feature programming from the heads of Gimlet, FanDuel, Ello, Yo, The New Republic, IEX Trading, Lulu, Apartment Therapy, and over 100 others.