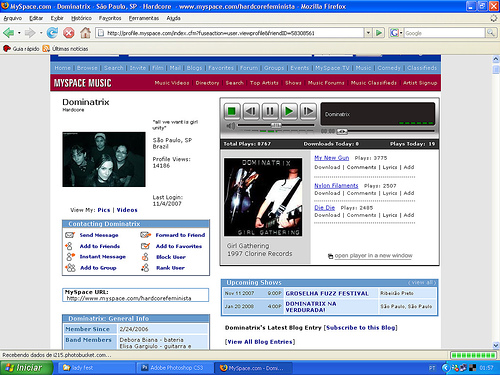 …from a discussion in Oslo with Sean Percival, former Vice President of Online Marketing at MySpace, as reported by The Guardian.

“So we’d lost the social war, in a sense, but we really should have just gone all-in on music. At the time MySpace had a very, very unique deal with labels. They were the only site on the web that you could go and play any song from a major label for free.
“You can do that on Spotify now … but that was so unique. It was a very special deal: we paid about $10m a year to get that deal, just to have the deal, and then we paid for all of the usage as well. That was something we had that nobody else had. We brokered that deal early on with the labels, and nobody else could get even close. We should have gone all-in on music and cut ship on everything else.”

“Unknown thing: we tried to buy Spotify and they sure as hell were not selling to us. They didn’t need to…”