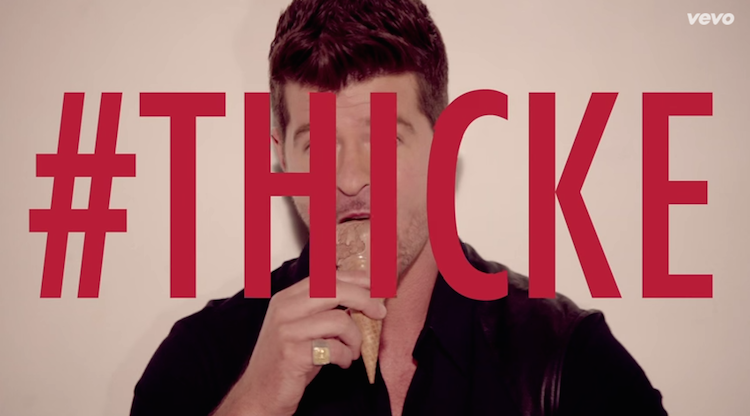 Robin Thicke and Pharrell Williams have been ordered to pay $7.3 million to Marvin Gaye’s family. But Thicke and Williams aren’t ready to give up on everyone’s favorite predatory hit song.

“We owe it to songwriters around the world to make sure this verdict doesn’t stand. My clients know that they wrote the song ‘Blurred Lines’ from their hearts and souls and no other source… We are going to exercise every post trial remedy we have to make sure this verdict does not stand. We look at it as being in the seventh inning of a game that could go into extra innings.”

“Pharrell has readily admitted that Marvin Gaye is one of his idols, but it’s silk and rayon.

If this is the way the law is going to go, then the creator of rayon better look behind him for lawsuits from the owners of silk, because, even though they feel the same they are structurally, completely different just like these songs.”