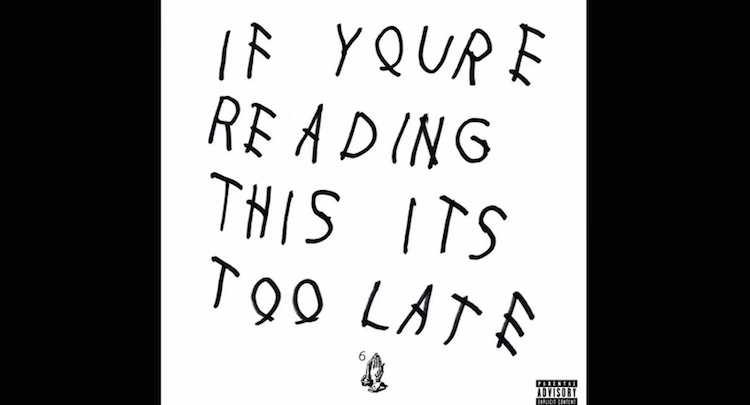 Now Drake is facing a different kind of lawsuit.

Drake’s tweet says he wants to “inform and protect” his fans: 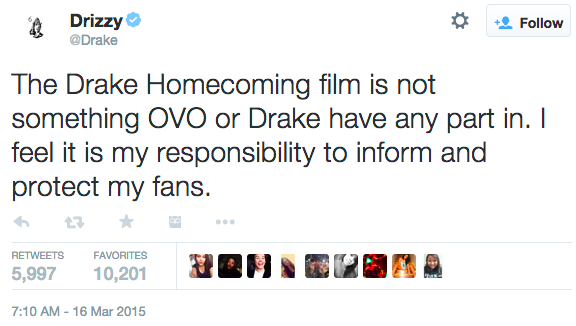 SpectiCast, the company distributing the film, is now suing Drake over the tweet. The company’s attorney told Billboard:

“Drake authorized the filming, he was paid for it, he still has a financial stake in the movie, and his current statements to the contrary are completely false.  SpectiCast is a respected distributor.  As we state in our complaint, Drake’s actions are libelous, malicious and damaging to those who worked hard and honorably to get this movie out.”

The LA Times says Drake was paid $15,000 cash in 2009 and agreed to a 15 percent royalty.  Serious Entertainment, the company Drake signed the movie deal with, says they offered to sell the footage to Drake but he declined.