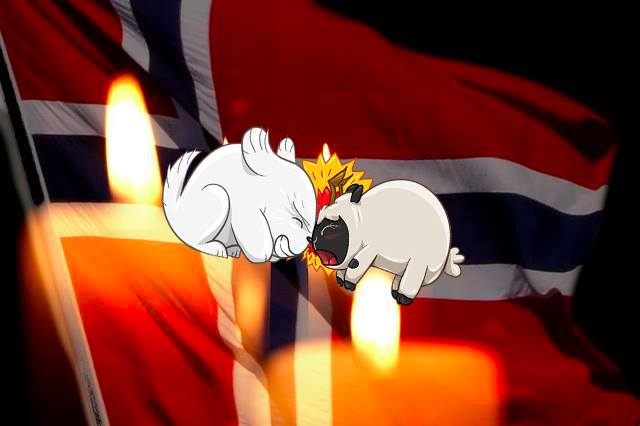 The following comes from a release sent out by the Norwegian Local Radio Association, in response to the government’s decision to kill FM radio.

No FM Switch-Off in Norway

DAB radio still far from success in the Nordic countries

Despite the Norwegian Minister of Culture’s announcement that the FM switch-off goal of 50% “Digital Listening” has been reached, their numbers include listenership of DVB-T and Internet radio. Last week, the Norwegian Government Statistical Bureau reported that listening to DAB radio is presently limited to 19% on a daily basis.

The introduction of the DAB system in Norway was made possible through the lobbying efforts of Digitalradio Norge AS, an organization made up of large commercial and public broadcasters, promoting DAB, not by consumer demands. These efforts have meet forceful opposition by the local radio sector as it is regarded as an obstacle to small-scale radio business 2017, leaving all existing FM investments lost.

This FM switch-off proposal is up for decision in Stortinget, the Norwegian parliament, later this spring. While there is still a majority in favor of the proposal, opposition is growing. The government coalition partner, the Progress Party, has been against switching off FM since the first proposal for DAB came up in Stortinget 2011. Now, the Green Party, is also aligning against the switch-off.

Despite the switch-off proposal, 200 local commercial radio and community radio stations outside the four largest cities may continue broadcasting on FM. This broadcast sector is being deregulated. The stations will receive five year license extensions without fee. Requirements for local news, content and limits on income will also be removed. Licensing is a simple registration with the media authority.

This is a sensitive issue as those profiting most on the transition are the two foreign-owned radio companies, Modern Times Group and Discovery Media. Going forward, in 2017, twenty-three local Norwegian owned and operated stations in Oslo, Bergen, Trondheim and Stavanger will be forced to limit broadcast to DAB+.

Neighboring Finland opted out of the transition to DAB in 2009. In Sweden, a proposed DAB transition has been widely criticized in public opinion and in a consultation with qualified institutions. A National Audit report in April 2014 recommended Sweden retain its FM broadcast. In Denmark the government has placed a proposed FM switch-off on hold. FM radio will likely remain the dominant terrestrial broadcast for decades to come in the Nordic countries and most of Europe.

The decision by the government for a fast track to DAB ignores the millions of foreign motorists visiting Norway annually as tourist or business professionals. This proposed change means that most visitors will not be able to listen to national channels or public radio for emergency alerts, traffic or other important information.

“We don’t envision that the 20 year old DAB system will be a technology implemented on mobile devices”, says Svein Larsen President of Norwegian Local Radio Association.

It is believed that FM and online listening will remain global standards for decades to come. This listening will likely occur on mobile devices and smartphones in all countries.

Original photo by L.C. Nøttaasen on Flickr used with the Creative Commons License