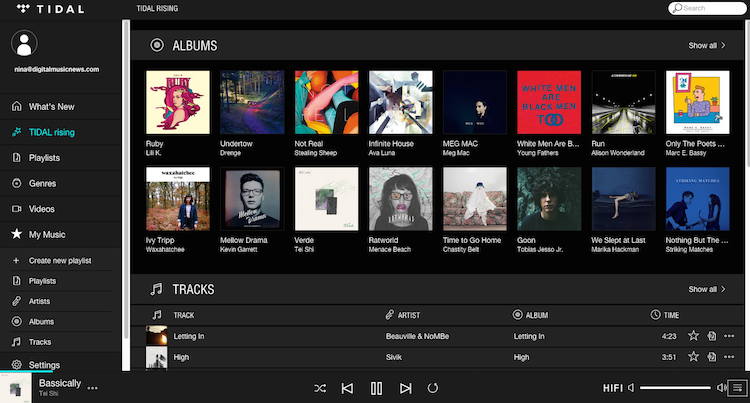 TIDAL is coming off the download high that their celebrity-ttudded launch gave them, but they aren’t fading into obscurity just yet.

Comparing TIDAL and Spotify is like comparing In-N-Out and McDonald’s. They’re both selling the same thing, but one of them costs a little bit more and is a little higher quality. McDonald’s is convenient and easy, but In-N-Out is a different experience. You feel a little better about going to In-N-Out, but you still feel kind of guilty either way.

If TIDAL’s plan to bring indie artists on board works it could be a game changer.

In an interview with Smashd, TIDAL’s “Chief Information Officer” Vania Schlogel describes some of the service’s new features:

TIDAL X brings fans direct access to artists. It’s the program that had Jay-Z calling fans directly (as 25+ people were getting fired), and it feels gimmicky and useless.

TIDAL Rising gives smaller and indie artists some real estate in the app. Spotify already has similar features, but they integrate rising artists across the app.

The most exciting new feature is TIDAL Discovery.

Indie artists will be able to upload their music directly to the service without third party distributors. Schlogel said she wants to remove “blockades” that prevent artists from having control. TIDAL will also provide an artist dashboard with streaming data.

This feature is slowly rolling out, but they expect all artists to eventually have dashboard access.

The streaming service says they’re paying out 75 percent of revenue to labels and publishers. That leaves the company with 25 percent revenue, and they say they’re losing money right now.