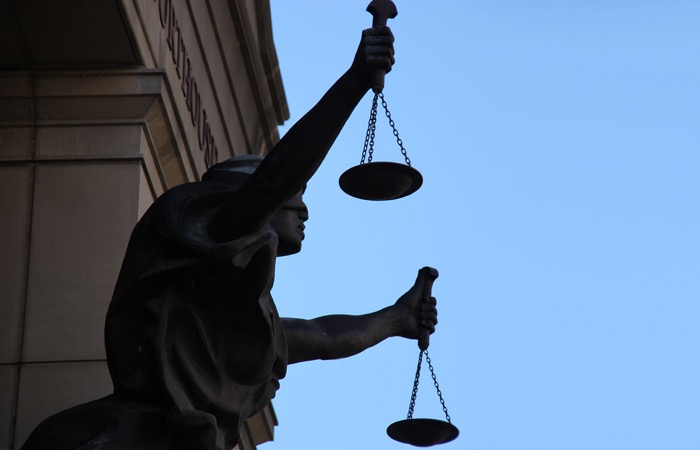 The following is a developing story.  Please check back for ongoing updates.

Specifically, the action would seek to get artists paid fairly for massive, upfront cash transfers from streaming services like Spotify, which many artists and managers say are not being shared with a large majority of signed artists.

The class-action would come in the wake of a very embarrassing leak of Sony Music Entertainment’s 2011 contract with Spotify, one that featured large cash advances and control over portions of Spotify’s advertising inventory (that contract can be found here).

The leaked contract also included ‘Most Favored Nations’ guarantees, which strongly suggests that the other two major labels are enjoying similar terms.

“This goes beyond Sony, and [the other majors] can be touched,” one source relayed.

The sources were careful to stress that the potential action has not been filed, and currently faces significant hurdles related to artist participation and the language of specific artist contracts.  Importantly, that includes specific language in many artist contracts that could offer major labels absolute impunity to claim 100% of advance payments from Spotify — regardless of the ethical issues involved.

That appears to be the case with an older contract between Lady Gaga and Universal Music Group, which contains specific language allowing UMG not to pay Gaga anything on special advances, cash-outs, or anything else that doesn’t involve the direct, specific use of Gaga’s tracks.

The Gaga contract was first leaked to Digital Music News, and is available here.

But even if that problems persists, sources noted that a group of artist representatives and attorneys may still be motivated to bring the action, merely to highlight just how badly these contracts are screwing their clients.

“That may be the only way we can get this to change,” one source relayed.

Elsewhere, both the European Commission and US Copyright Office are taking a look at the Sony/Spotify contract, thanks to urgings by organizations like the International Music Managers Forum (IMMF) and the International Artist Organisation (IAO).   At this point, it’s unclear what action these influential organizations will take, though this will certainly sway future decision-making. 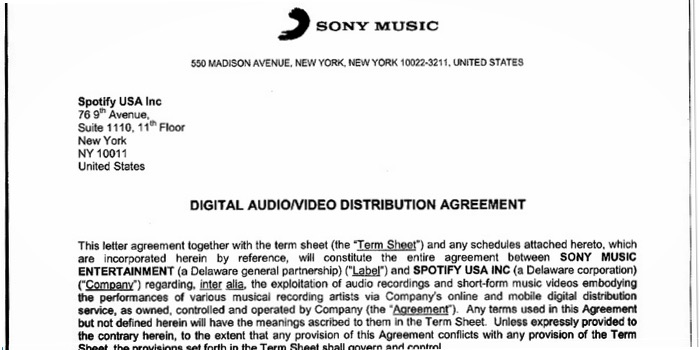 Meanwhile, both Sony Music Group and Warner Music Group have been frantically taking steps to assure artists and managers that they are indeed paying artists on streaming advances.  But the statements all revolve around ‘breakage,’ an antiquated concept that protected labels from making payments on things like cracked wax cylinders and broken vinyl that couldn’t be sold.  “Under the Sony Music ‘Breakage Policy,’ SME shares with its recording artists all unallocated income from advances, non-recoupable payments and minimum revenue guarantees that Sony Music receives under its digital distribution deals,” Sony offered in its only post-leak statement this week.

“This policy has been in effect at Warner Music since 2009, purposely treating breakage like other digital revenue.”

Warner Music Group, like Sony, is no stranger to massive class actions.  Just recently, WMG settled a large class-action lawsuit by more than 3,000 interns, who accused Warner Music of deliberately exploiting them and violating local labor laws by paying little or nothing for their work.  Elsewhere, Warner also agreed to pay $11.5 million to settle class accusations of underpayment on digital downloads, part of a broader group of settlements related to digital royalties to legacy artists.