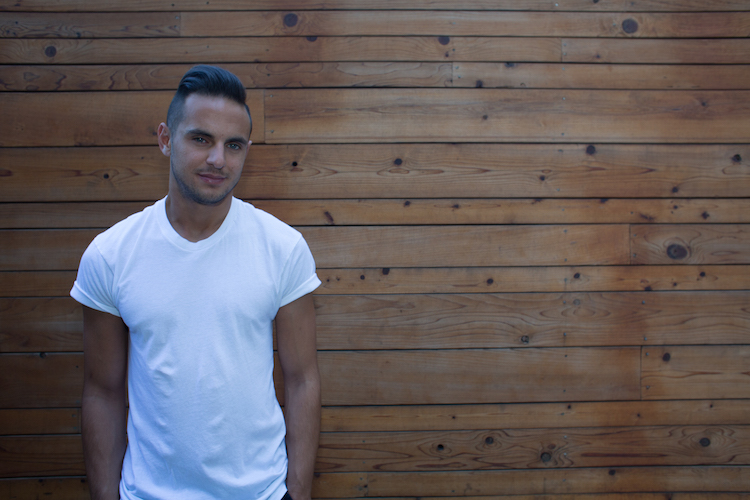 Blaise DeAngelo runs OWSLA day-to-day as the label’s General Manager. In this exclusive interview, he discusses how to get signed to a record label.

OWSLA was started in 2011 by Sonny “Skrillex” Moore, Blood Company‘s Tim Smith, Biz 3 Founder Kathryn Frazier, and Biz 3’s Clayton Blaha. Here’s out chit-chat, where we discuss the ins-and-outs of running a fast-expanding indie label, plus some tips for artists on how to get signed to a record label.

Digital Music News: Can you give an overview of your day-to-day as OWSLA’s GM?

Blaise DeAngelo: I do all the wonderful things that being GM at an indie label entails, pretty much everything. We have a super small team over here, there’s five full time employees. About a year ago we started hiring more people.

For my day-to-day, marketing is the heaviest. Obviously A&R stuff, event stuff, sync licensing stuff, operational stuff — but mostly marketing and A&R. I’m here at the office at the NEST in LA most of the days. I’ll sometimes be out with Sonny at his shows. But for the most part I’m just sort of keeping the ball moving, overseeing all the different things that we do.

DMN: There’s a similar vibe across the label’s roster, but there’s also some pretty big differences between artists. How do you know when an artist is right for the label?

DeAngelo: A lot of labels have a signature sound, and that’s really cool. I respect that a lot, the consistency and the brands that a lot of labels build around a specific type of sound. Like Dim Mak with the electro stuff, or Defected Records with the house music stuff, or whatever it is.

OWSLA’s not really like that. People ask: “What’s OWSLA’s sound?” We don’t have a sound.

The unifying thread that brings all of our artists together, and I think the main thing we look for when we’re evaluating new signings, is if that person is really pushing the envelope. We look for people who are doing their own thing and building a scene around themselves.

DMN: Artists like Hundred Waters and Phuture Doom have a larger vision and do all these multimedia projects. How important is it for the artists to have a vision beyond just putting out records?

DeAngelo: Yeah, sometimes. I think that vision manifests itself in a bunch of different ways. The two examples you just named are really good ones. With Phuture Doom that vision is trans-media intellectual property. They’ve got a comic book in the works, they have mini feature films in the works, all that. That is the vision for that project.

DMN: I was there, it was awesome.

DeAngelo: You were there! Amazing!

So that’s their vision, and I think everyone’s vision manifests itself a little differently. It’s not necessarily a criteria that their vision has to extend beyond music, some people’s vision is just making a certain type of sound. But like I said, they all have some sort of vision. They’re doing their own thing and being pioneers. That’s really the best way to look at it. 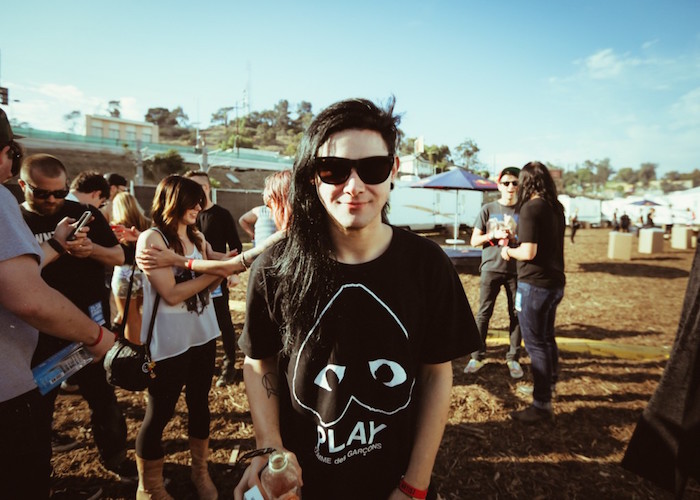 DMN: That vision seems like it comes from the top down. I know Skrillex is involved in all kinds of different things. So is that something that’s been instilled from the start?

DMN: How does he, you, and the label find these artists? Is it through submissions, or are you always on the lookout, or what are some of the ways you find artists to sign? Tell us how to get signed to a record label.

DeAngelo: Yeah, by nature of Sonny and his lifestyle he’s all over the world constantly. He’s just so friendly and open and he travels constantly. And everywhere he goes he’s always looking to make new friends and to find out about the culture of that city, and to dig deeper. He’s just super curious and he’s always looking, right? So by nature, I think it’s a little bit of a combination of the fact that he is always sort of out there, mixing in with people from different cultures around the world.

But also now that he’s seen so much success and prominence, people I think have sort of come to recognize him as a tastemaker and someone who can help develop those like minded, pioneer, forward-thinking type artists that I mentioned earlier.

So for the most part things come to us. It’ll be someone who’s a friend of a friend. I guess a good example would be Alesia, the Parisian techno duo, came to us from Brodinski and the Bromance crew. So we’re friends with them, Sonny met those guys when he was playing at Social Club in Paris a few years ago. We’ve stayed tight with them because he recognized that Bromance is another label that has a very strong vision, and we’re interested in what they’re doing. They found the Alesia guys in Paris and they thought that OWSLA would be a good home for them, they sort of fit with everything we’re doing. They said: “Hey Sonny you should check out these guys we know”.

So most things kind of come through that way. But he’s also always on SoundCloud, he’s always on YouTube, he’s always listening to stuff. He just has that insatiable desire to discover new stuff. I would say most of our A&R direction comes from Sonny or Sonny’s relationships.

DMN: Besides having good music, and not necessarily just for OWSLA, in general what do you think an artist has to have before they try and get signed to a label?

+No More MP3s: Native Instruments Wants DJs to Use Their New Audio Format

DeAngleo: I think confidence, especially today with how accessible the tools are to make electronic music. You’ve got so many producers that are really good at producing. Producers that have good technical skills and can make a song if you give them the idea are a dime a dozen, right? We’re interested in people that have those ideas.

But what you can’t teach is that confidence in being able to generate and harvest ideas, and to pursue those ideas confidently, unwaveringly, without trying to follow trends.

I think artists should… whether they’re looking to be signed to OWSLA or any label really, the number one thing that any label is looking for is someone that is going confidently in their own direction.