3LAU: ‘Instead of Releasing a Ton of Crappy Songs, Release One Good One’ 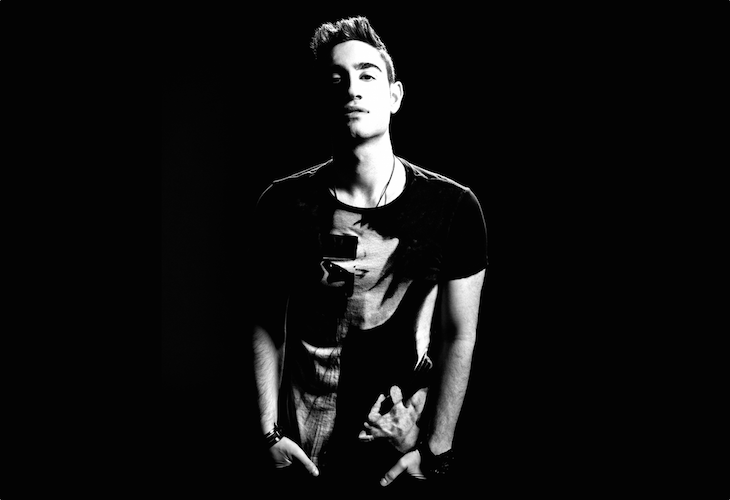 Justin Blau, better known as 3LAU, is an in-demand producer and DJ. He’s been making electronic music for four years and has already seen massive success.  Blau will be on the artist panel at the EDMbiz Conference & Expo, which takes place June 16th to 18th in Las Vegas. He’s also playing EDC.

Digital Music News: You rose pretty quickly. How did you attract the attention of Dim Mak and other artists and labels that supported you?

Justin Blau: Honestly it all started with Revealed, Hardwell’s label. I obviously got some support from Dim Mak. Dim Mak wasn’t a really big part of the picture, but Steve Aoki has supported me forever.

To be honest though, I wouldn’t say my success is really based on artist labels, I would say it’s predominately based on just the music. I think it’s a little bit of a misconception that bigger artists’ labels help smaller artists. It’s nice to think that that’s true, but it’s actually not at all.

What really makes or breaks an artist is having a song that kind of transcends dance music proper.

“How You Love Me” was the one that broke me. For Audien, it was his Bastille remix. For TJR it was “Oi”. Songs that just go far and beyond what dance music offers are the songs that truly break artists. Artist labels are great and all, but I’m just giving you my honest answer. It’s really about the uniqueness of the music.

DMN: Besides not focusing too much on artist labels, what are some other misconceptions that you think upcoming DJs and producers might have about the scene?

Blau: I think… there’s so many… I think DJ co-signs. A lot of smaller artists think that co-signs mean everything, the reality of the situation is they don’t at all. They help build credibility in an artist’s career, which is really, really great.

You know what… when you’re smaller you have to do those things. I think it is important, but too many people spend too much time focusing on co-signs as opposed to focusing on making truly unique music. I’ll say that 20 times in this interview, especially now, at a time when everything is really starting to sound the same. It’s all about doing something different and doing something different that still sounds good. I think any smaller up-and-comer should focus on finding what they love to make, instead of mimicking what’s working right now.

All my future releases are kind of a combination of what’s working right now and stuff that I think hasn’t been made before. I’ve spent so much time doing that, cause some of my releases in the past have been following trends. I think for the first time my future records are significantly different.

DMN: Is that something that you wish you would have known going into the scene? Or…?

That’s what I think is at the core of what I’m talking about.

Blau: Well I’ve actually moved between a lot of my team members. The only team member that stayed the same the whole time was my agent. I worked with a guy who is still a good friend of mine for four years, from the beginning. We had to part ways recently, as friends, for a variety of reasons. I have a new team now. I’ve changed lawyers in my career, my new lawyer is fantastic.

+The OWSLA Guide to Getting Signed by a Record Label

DMN: As far as software, I know that you use Ableton. Is that still your main software of choice? 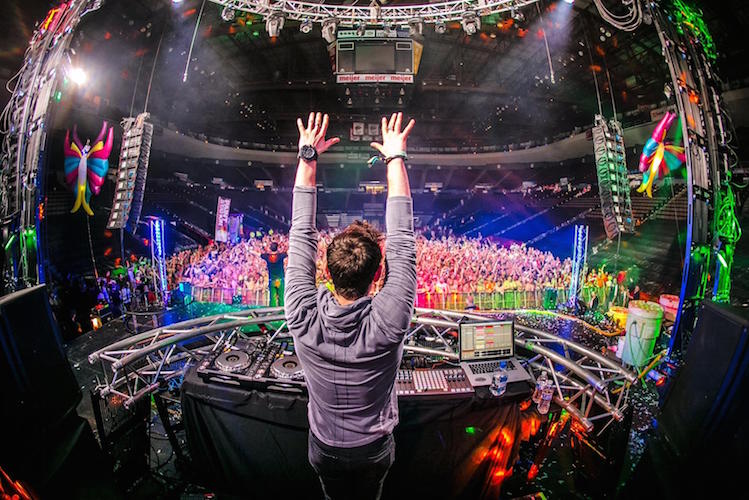 DMN: Was going from production to live performances something that was hard for you?

+Jason Bentley: “The Most Enduring Artists Stick to Their Guns; They’re Purists…”

Blau: Yeah, it actually is. It’s funny, that’s a really good question I think. It’s something that I might have a different opinion about than other artists.

But in the beginning of everyone’s career you get really excited about playing in front of tens of thousands of people. It’s the rush, the high, it’s amazing. And I still get that rush every time I go play and I LOVE playing, but the truth is I’m in this business to make music. I’m not in this business to play shows. I didn’t start DJing and start trying to make dance music because I wanted to be a famous DJ, I started making dance music because I love making dance music. I think that’s different for a lot of people, let’s be honest. A lot of people do what they do TO be famous or TO play for tens of thousands of people.

For me right now, the transition from being in the studio to going to play, sometimes I kind of resent going to play. That’s my honest answer. I really prefer being at home and working on doing what I love every single day.

Now there are some shows, like EDC, which I’m hyped as hell about. That’s a whole different story. Most of the time though, going to do smaller club gigs in different cities; it’s exciting at first, for the first two years of a career. But for me, it’s four years now. It’s not to say that I don’t get excited, trust me I do, I get excited every single show that I play. I always have an amazing time. But the truth is, the more you play, the less time you have in the studio. And that’s just the serious nature of dance music.

DMN: How do you keep your head on straight when you’re touring and playing all those parties and festivals?

Blau: Well I used to travel alone, and when I traveled alone it was pretty difficult. But I never missed a show and I’ve never missed a flight, knock on wood. It’s still difficult, I think there’s a lot of temptations when you’re touring. You want to drink, you want to party, you want to have a good time.

More recently one of my best friends and my tour manager, Nick, he’s a super fit and super health oriented guy. He keeps me on track when I can’t keep myself on track, which I’m pretty decent at myself.