Nielsen: “Less Than 6% of DJs Booked by EDM Festivals are Female”

We already knew that EDM festivals book about 20 times more men than women, but now we have the Nielsen data to prove it.

The following slide was included in a presentation by Nielsen’s VP of Branded Music, Tatiana Simonian, at EDMbiz. 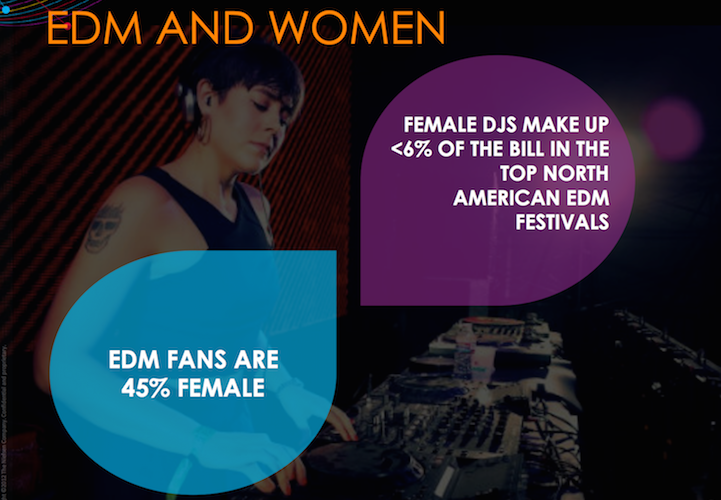