After signing up for Apple Music’s 3 month trial and browsing a bunch of the radio stations (including Beats 1) and listening to Taylor Swift’s 1989 record which I still hadn’t heard (no I’m not going to buy it before hearing it), I thought, oh what the hell, let’s test out Siri. Apple touted this at their WWDC Keynote as one of the coolest new features of Apple Music and the new iOS update. They had a minor hiccup at the Keynote when VP Eddy Cue told Siri “play the song from Glory” and Imagine Dragons came up. But Siri got it on the 2nd try. So, I thought, let’s start with something simple. And this is what I got. 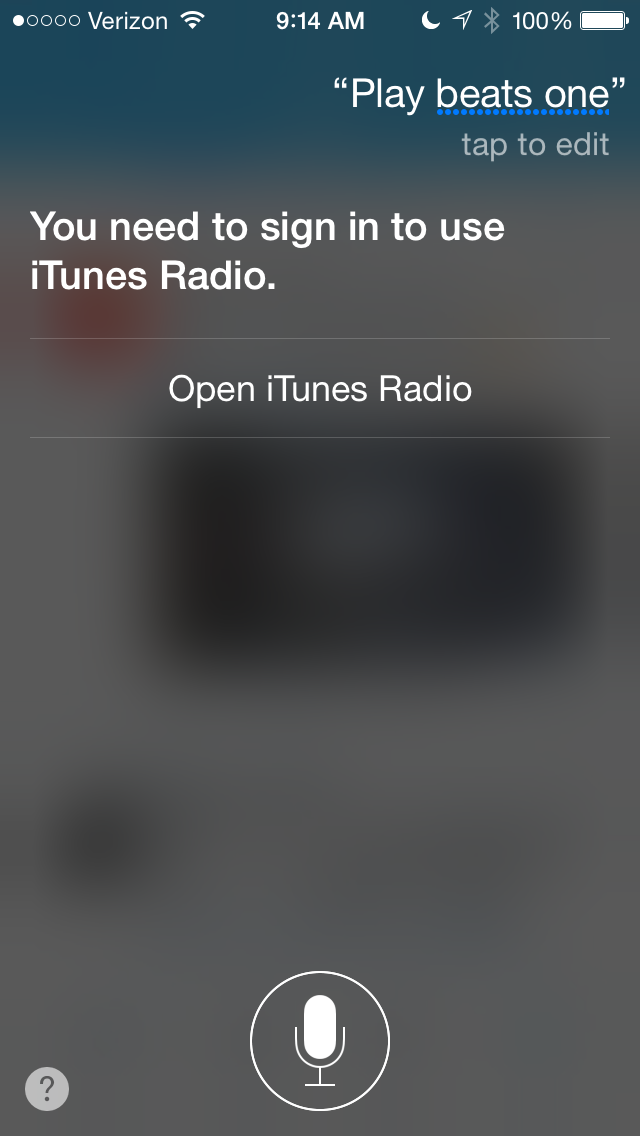 Apple has been riddled with technical errors on launch day including Beats 1 completely crashing, artists unable to post any content to their @ Connect feed, Siri thinking that Apple Music isn’t available in the UK (even though it is), and Siri refusing to play Taylor Swift (even though I just listened to it). 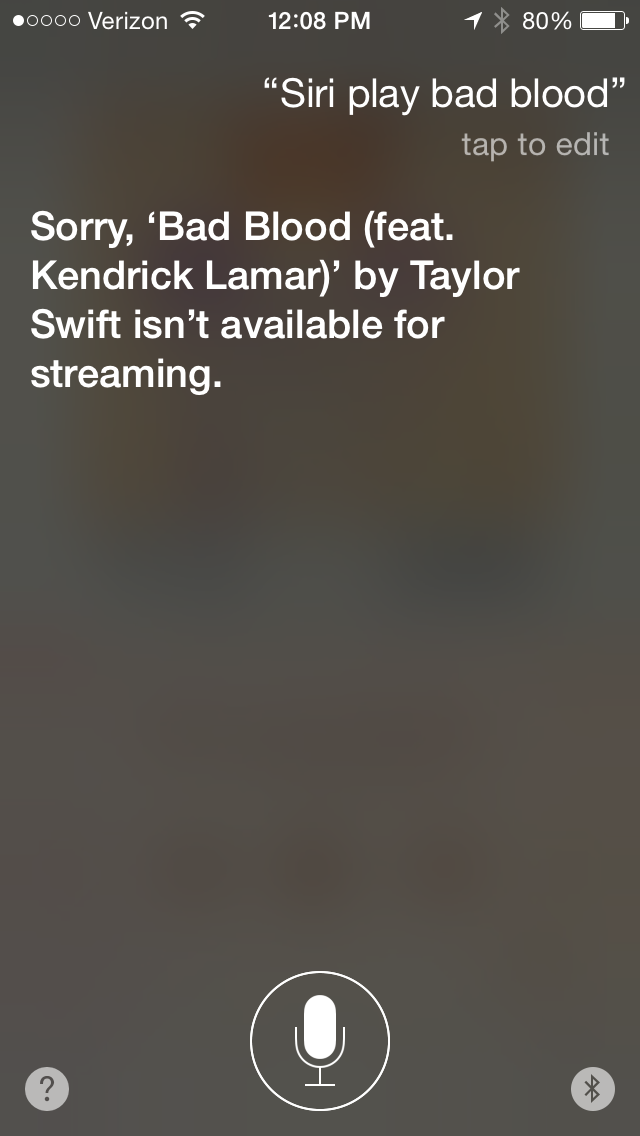