The Argument for Regulating Music Publishers… 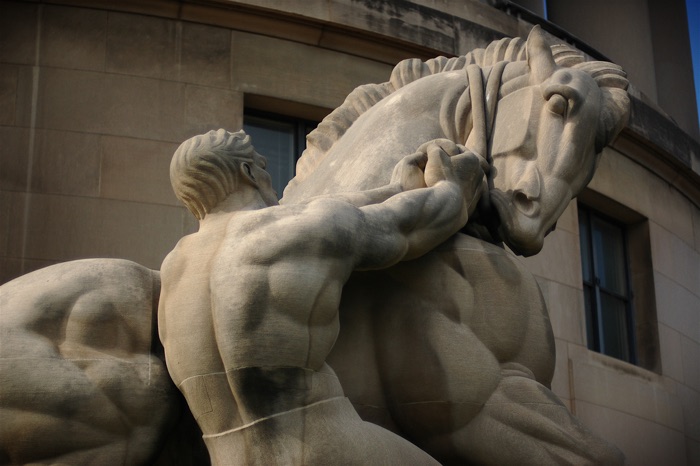 The following guest post comes from Sherwin Siy, Vice President of Legal Affairs at Public Knowledge, a consumer advocacy group that works in telecommunications and intellectual property, including music licensing and the media business.

It’s undeniable that the music industry is highly concentrated.

While there are more people making music than ever before and more ways for people to find it, the majority of what we listen to passes through bottlenecks that are controlled by a select few powerful entities.  Broadcasters, webcasters, and streaming services are all dominated by one or two big players.

This means that any musician who wants to be heard must go through one of these players to reach listeners.

On the other side of this, anyone who wants to compete with these dominant players by launching their own radio station or Pandora-like streaming service must now strike deals with the “Big Three” major music publishers: Sony, Universal and Warner Music. And the industry keeps consolidating, too; the “Big Three” were the “Big Four” until 2012, when Sony merged with EMI Music Publishing.

These problems with the concentrated music licensing market are far from news; for years, members of Congress have tried to resolve this morass, but its intricacies and interrelationships have so far stymied such reforms. Amid all of this market concentration, it’s surprising that antitrust authorities aren’t stepping in more—in fact, they seem to be doing the opposite, such as letting music publishers exempt themselves from the competition rules of the Justice Department’s consent decrees governing ASCAP and BMI.

ASCAP and BMI each gather the rights of songwriters together and set prices for anyone who wants a license to play a selection of songs—whether you’re a bar playing music for your customers or a startup trying to jump into the streaming market.  But while gathering these rights can create a convenient place for licensors to go to, bringing would-be competitors together to set prices the way that ASCAP and BMI do is classic anticompetitive behavior.  This is why ASCAP and BMI came under intense antitrust scrutiny by the Justice Department in 1941 and 1964, and why they agreed to the now-famous consent decrees, which require them to offer a fair deal to both songwriters and anyone trying to play those songs.

Now, though, major publishers like Sony are asking for the ability to discriminate in how their songs are licensed by ASCAP and BMI.  Specifically, they want to let the collectives continue to gather royalties on their behalf from bars, restaurants, and radio stations, while withholding their songs from digital services. 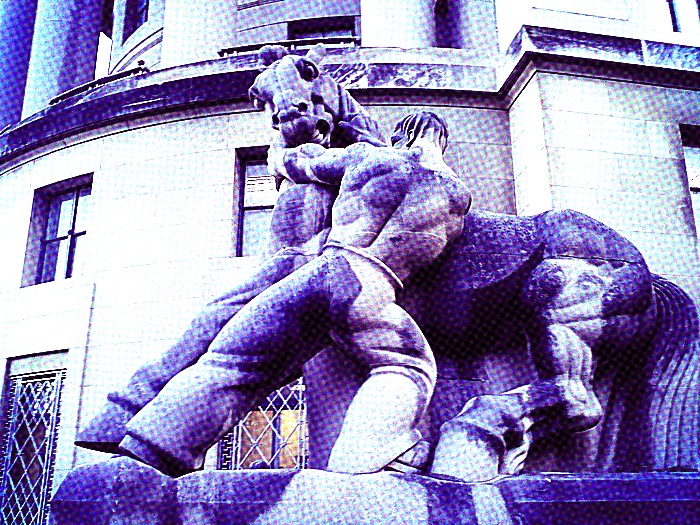 There are two things driving this move.  One is that the publishing market consolidation has now reached a point where each can affect the market alone—the publishers no longer need the collective of ASCAP or BMI to act.  With so few players, any one major publisher raising its licensing rates could provide a de facto signal to the others to do the same.  The other factor driving the push for withdrawals from digital services is the belief that music streaming is only going to increase as a force in the music industry, and the various players all want a piece of that pie.

The publishers are reaching for that pie by trying to withdraw from the safeguards that the Justice Department placed on ASCAP and BMI for licensing to digital services.  That means services like Pandora will have to negotiate directly with each of the major labels independently, without the protections that the consent decrees provide against monopoly pricing.  That’s bad news for Pandora, the biggest player in the music streaming market.  But it’s even worse news for anyone else trying to compete with Pandora.

If the major publishers can force Pandora into a deal that works to their advantage, what possible leverage would a startup have in securing a fair rate, or even getting a license at all?

Probably none.  In other words, the publishers have no reason to let any new services launch, unless these startups can do one of two things: offer more money or give the publishers equity in their company.  The only companies that seem able to pay more than Pandora are tech companies like Apple or Google—companies that are already potential or actual bottlenecks in another part of the industry. Having the biggest players in music sales, mobile devices, or search engines also be the biggest players in streaming music doesn’t sound like the best recipe for competition.  And things are no better if a startup offers its own shares as payment instead of cash; that just means the market power of the major publishers gets expanded into a new market. The system has now reached a critical point – where the publishers could decide the winners and losers in streaming music.

In the end, what the Justice Department decides to do with these consent decrees could well determine who controls how we get our music in the future. So how do we make that future a good one?

One way would be to strengthen the protections in the consent decrees.  Even if some withdrawals are allowed, the existing flaws in the remaining parts of the consent decrees can be fixed—requiring better reporting and more transparency, for instance.  The Justice Department, and Congress, should keep a close eye on how publishers end up using their digital market power—and put in place the means for authorities to know if there are abuses.

Recent controversies over music streaming and licensing are showing us that these issues are as relevant as they’ve ever been. Now is not the time for enforcers of free and competitive markets to take their eyes off the ball.