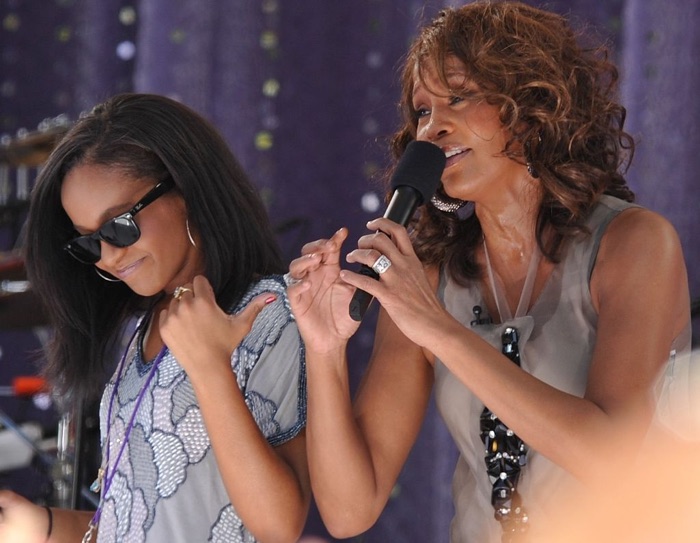 The following is a breaking story, please check back for ongoing updates.  Last updated: 8:30 pm PT.

Bobbi Kristina Brown, the sole child of Whitney Houston and Bobby Brown, has now been pronounced dead at the age of 22.  The death was confirmed by an official statement from the Houston family, issued on Sunday.  On January 31st of this year, Bobbi Kristina entered a medically-induced coma after being found unconscious in her bathtub.

“Bobbi Kristina Brown passed away Sunday, July, 26 2015, surrounded by her family. She is finally at peace in the arms of God. We want to again thank everyone for their tremendous amount of love and support during these last few months.”

Statement from the Houston family.

The situation bears an eerie resemblance to the death of Bobbi Kristina’s mom, Whitney, who died after a drug-induced drowning in a bathtub at the Beverly Hills Hotel in 2012.  Whitney’s death, which happened immediately prior to the the Grammy Awards that year, spiked viewing for the awards show and sparked a resurgence in Whitney’s recording sales and overall viewing.  Tragically, Whitney essentially killed herself through self-destructive drug abuse, though the cause of death for Bobbi remains unclear months after the incident.

Bobbi, a celebrity kid whose brief life included reality show stints, was the sole heir to the Whitney Houston estate.  That includes monstrous recording, licensing, and related royalties.  It remains unclear if a will existed; most likely, it didn’t, and Bobbi reportedly suffered massive brain damage and unconsciousness following the January 31st incident.

Image of Bobbi (left) and Whitney (right) by Asterio Tecson from Good Morning America in 2009, licensed under Creative Commons Attribution 2.0 Generic (CC by 2.0).