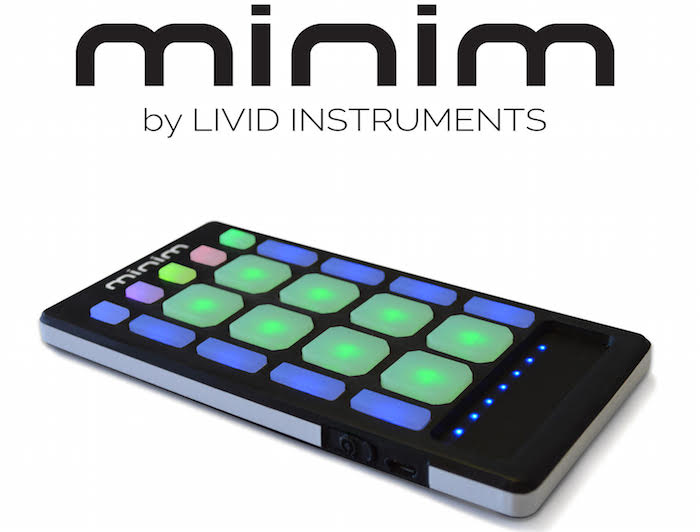 MIDI controllers are a dime a dozen now. Most of them offer the same functionality: press the buttons and it will trigger whatever you mapped it to play.

Livid is releasing a new wireless MIDI controller that does more than just the basics.

The Minim is small, slightly larger than an iPhone. It can control iOS devices and Macbooks.

The Minim has eight expressive pads that respond to the force with which they’re played. The controller also has a fader controlled by touch and built-in 3D motion control.

The Minim is being released through a Kickstarter campaign. Livid hopes to raise $40,000. They are less than $5,000 away from their goal as of 11 AM on Thursday, July 30th.

I asked Livid why they are doing a Kickstarter, instead of just releasing the product in a traditional manner. Founder and CEO Jay Smith says Kickstarter helps small companies like Livid, which has about 10 employees.

“We found that a Kickstarter product release allows us to assess the interest in a product prior to investing our resources in production units. This is especially helpful to us, a small company, when releasing emerging technologies… It also helps us lower the final MSRP for our customers…”