SoundCloud Is Now ‘Days Away’ from a Universal Music Agreement 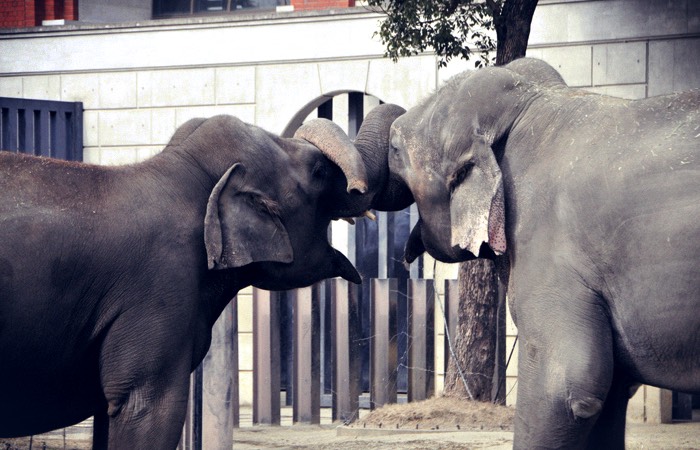 Universal Music Group and SoundCloud are now ‘days away’ from finalizing a momentous agreement, with sources close to the negotiations pointing to a pact potentially by the end of this week.  The deal follows a massively-protracted, multi-year and cantankerous tug-of-war over licensing costs and a range of other issues, with critical financiers and a stable of lawyers hovering on the sidelines.

According to key sources with knowledge of the negotiations, the deal with Universal contains a substantial percentage stake in SoundCloud, with a significant upfront payment likely but not confirmed.  That bears similarity to ongoing major label licenses with mega-streamers like Spotify, and reflects an interest in capturing an elephantine payout around a ‘liquidation event’.

Welcome to the dealmaking philosophy du jour, one that recently bore fruit for Universal when Beats sold to Apple for north of $3 billion.  As a substantial Beats owners, UMG parent Vivendi captured more then $400 million in that transaction, though little, if any, of either upfront or post-liquidation payouts are subsequently shared with artists, according to information shared by attorneys close to major label contracts.

“The majors are getting more interested in making money around the acquisition or IPO,” one industry lawyer told Digital Music News.  “That’s more important than the huge advance but a lot of times they’re getting both.”

Into that murky picture enters SoundCloud, a company with more than $123 million in capital investment and the very real possibility of minting billions on a Wall Street public offering or monster acquisition.  Of course, getting there is the hardest part, but a sealed deal with Universal Music Group would divert SoundCloud from near-certain implosion and crippling litigation. 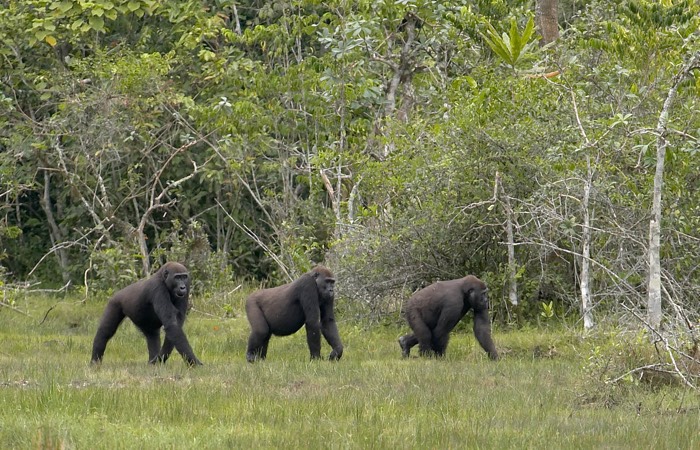 The deal would make UMG the second mega-label to ink a SoundCloud partnership, with Warner Music Group finalizing its SoundCloud agreement last year.  That handshake was facilitated by the right-time, right place ex-WMG-turned-SoundCloud exec Stephen Bryant.  The WMG deal involved a percentage stake in SoundCloud of up to 5 percent, according to sources, as well as a publishing pact with Warner/Chappell Music Publishing and consideration for all-important ‘derivative works,’ which refer to samples and snippets of copyrighted songs that are frequently threaded into DJ mixes.

That leaves Sony Music Entertainment still on the sidelines, a critical gorilla that isn’t down for the free ride.  As SoundCloud discussions have stalled with mind-numbing back-and-forth, Sony has upped the pressure by actively removing its catalog and altering SoundCloud in the process.  Indeed, as the ink dries on this article, Sony is continuing to tear down its catalog from SoundCloud until a satisfactory deal proposal emerges, with gaping content holes and scrambling artists the result.

Too Giant a Hammer?

Depending on where you stand, that’s either a bold and necessary step against tech excess, or a short-sighted move that harms artists and fans.  “There’s kids that only go on SoundCloud and will never buy at iTunes and even never go to Spotify, and that’s how they listen to music,” Skrillex recently complained to Charlie Rose.  “And what that does is it eliminates a huge asset and is cutting off our music to an audience that could potentially come to our shows and be fans.”

Behind the delete button is Sony Music CEO Doug Morris, whose teardown strategy has been a blunt but highly-effective negotiation tactic.  In the early days of online music videos, Morris famously demanded complete removals of then-label UMG’s entire video catalog from music hubs like Yahoo and MTV.  The resulting traffic plunges ultimately shifted music videos from free-to-paid, and positioned Morris as a no-nonsense, tough negotiator who wasn’t working for popularity points.

Just Build Us a System That Works.

Back to the present SoundCloud negotiation table, the question is when the Morris-guided Sony Music will join the SoundCloud party.  One source indicated that Sony is unlikely to remain the odd-man-out forever, especially with the UMG mega-gorilla crossing the line.  But Sony has serious reservations about SoundCloud’s commitment towards constructing an internal content recognition and rights management solution that properly remunerates the major labels.

The desired system is simple on paper: it would instantly identify songs, match those songs against their rights owners, track and share statistics, and execute payouts accordingly (or, remove content quickly).  Sounds great, that is, if SoundCloud can build it and deploy it.  Earlier, SoundCloud pushed for a protracted, 36-month timeframe for creating that fully-baked system, according to one source close to the discussions, a number that was subsequently halved to 18 months to seal the Universal Music Group deal.

But Sony remains unhappy with the 18-month timetable, according to the same source, especially given the very real chance of a delayed implementation.

Sounds like a tall task, except that the fact that this technology already exists.  Enter upstarts like San Francisco-based Dubset Media Holdings, a derivatives rights clearinghouse that can effectively monitor, license, and remunerate rights owners on platforms like SoundCloud, while offering complete transactional transparency though blockchain open ledger payment processing.  Dubset also includes support for a myriad of rights contained within samples, even tiny snippets, a core component of SoundCloud’s EDM-heavy catalog.

Dubset, headed by former Gracenote president Stephen White, is currently signing up critical rights owners.  And once turned on by a mega-destination like Soundcloud, rights owners, artists, and deejays would have a third-party, neutral platform for tracking every aspect of rights management, right down to multi-second samples.

So why doesn’t this highly-functional recognition and payout system already exist on SoundCloud’s site?

Part of the reason may be that SoundCloud has been deliberately avoiding a more sophisticated solution, for the simple reason that it would have dramatically lowered the amount of popular content being offered.  Cynical perhaps, but that might explain the use of a less sophisticated recognition technology powered by Audible Magic, which can require up to 30 seconds to match a song when far snappier solutions have been available.

Enter the very tricky dance being performed by SoundCloud, one that involves lots of tap-dancing around well-tuned recognition technologies while claiming ‘safe harbor’ protections offered by the DMCA and the EU’s Electronic Commerce Directive (ECD).  In the end, SoundCloud’s use of DMCA and ECD loopholes appears less artful than, let’s say, Google’s, especially given SoundCloud’s previous deployment of recognition solutions.  That level of recognition alone potentially opens SoundCloud to ‘billions in liabilities,’ according to one source, simply because the DMCA and ECD statutes only protect companies against infringing content that they theoretically don’t know exists.

A Ginormous Army of Lawyers.

All of which brings us to the once serious possibility of major label lawsuits, with both UMG and Sony both preparing litigation papers in case negotiations fall flat.  Now, it looks like those attorneys can find someone else to intimidate, though the specter of billion-dollar lawsuits could be enough to keep SoundCloud on its best behavior in the coming months and years.

The question is whether investors keep investing with that same enthusiastic spirit.  During the multi-month impasse, mega-investors like Kleiner Perkins and Union Square Ventures were reportedly getting cold feet, given the huge uncertainties that even the hint of major label lawsuits introduce.  And major publishers like Sony/ATV, not to mention powerful PROs like ASCAP, are still threatening to sue, according to sources.

“They want to be building a company, not paying for lawyers,” one source told Digital Music News.

Makes sense, though SoundCloud’s post-DMCA business model, guided by a demanding trio of major label partners, could introduce extremely variable content licensing costs.  That remains a serious problem for rivals like Spotify, whose revenues are quickly eaten up by heavy licensing fees.

It’s just so much easier when it’s all free!

All of which brings us to Soundcloud’s insane traffic surge, powered in part by enormous amounts of unlicensed, free content.  Indeed, over the past year alone, play volumes on SoundCloud have nearly doubled, despite the presence of aggressive takedowns and warnings from the duo of Sony n’ UMG.

Which begs the question: when does the freebie party end?  Sadly for SoundCloud stakeholders, that moment appears to be right now.  While non-existent content costs and wildly-surging subscriber numbers sound like a Silicon Valley wet dream, SoundCloud didn’t quite steer the ship into that ‘safe harbor’ like Captain Google did.  Indeed, we may be looking at the beginning of an entirely different SoundCloud, one that would replace billions of unpaid streams with actual payments to rights owners.

The Bias Against Transparency.

Not exactly.  Fast-forward a few months, and a fully-licensed SoundCloud is likely to replicate the problems currently dragging rival Spotify, with artists seeing tiny micro-payments while labels hoard gigantic lump sum payments.  That includes proceeds from a massive acquisition or Wall Street IPO, something the largest rights owners will now enjoy as part owners.

Of course, that purposeful non-transparency could easily be replaced by an above-board rights licensing platform, not to mention transparent, public ledger blockchain delivery mechanisms.  Labels hate that level of transparency, though the introduction of an effective, micro-licensing platform for derivative rights could introduce a fresh tier of new revenue, with billions potentially unleashed simply by recognizing snippets within heavily-sampled EDM mixes.

Images: elephants by YooSan, gorillas by Ralf Kayser, both licensed under Creative Commons Attribution 2.0 Generic (CC by 2.0). Written while listening to Paceshifters on Passport Approved.