Should One Co-Writer Have the Power to License a Collaborative Work? 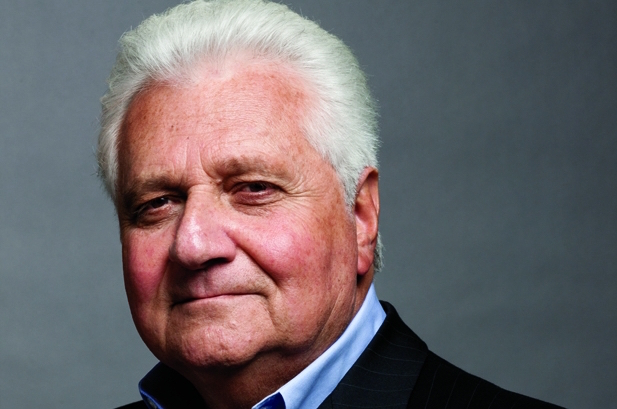 Martin Bandier, Chairman and CEO of Sony/ATV, sent the following letter to the company’s songwriters in Nashville. Bandier urges songwriters to go to the NMPA town hall meeting this week.

The meeting will cover changes being considered in Washington. Bandier says the DOJ is considering introducing 100% licensing for ASCAP and BMI. He says: “This is a complicated subject but it basically means that if either of these PROs controls any part of a song, no matter how small, they would be required to license the entire song without the approval of those who control the remainder.”

To our Nashville based songwriters:

As you know we are in the midst of a complex and lengthy process to address the issue of the below market royalty rates that our songwriters are subject to in the rapidly growing streaming music market. I am personally spending a great deal of my time dealing with this matter and Sony/ATV has been and remains at the forefront of efforts to ensure that you are fairly compensated for your essential contributions to streaming services.

I am sure you will agree that there is nothing more important right now for songwriters than addressing this issue.  That is why I am urging you to attend a Songwriter Town Hall meeting that the National Music Publishers Association (NMPA) is holding in Nashville on September 9.  The purpose of the meeting is to update you on changes that are currently being considered in Washington that if implemented will have a profound impact on long standing licensing practices and the royalties you earn from your songs.

As I have communicated to you previously, the Department of Justice (“DOJ”) has undertaken a review of the consent decrees that govern how ASCAP and BMI operate and how the royalty rates you are subject to are set. We have been deeply involved in the DOJ process for over a year, pursuing changes to these consent decrees which are more than 70 years old and were not designed for a music market that is becoming increasingly dominated by streaming services.  While we remain hopeful for a positive outcome to the DOJ review, this process has taken an unexpected turn in recent weeks that, if not addressed, could have a significant impact on your earnings as well as restrict how you work creatively.

The DOJ is considering requiring ASCAP and BMI to engage in what is called 100% licensing.  This is a complicated subject but it basically means that if either of these PROs controls any part of a song, no matter how small, they would be required to license the entire song without the approval of those who control the remainder.

For example, you may have written a song with a writer affiliated with a different PRO.  Under 100% licensing, a streaming service could bypass you and your PRO and go to your collaborator’s PRO to obtain a license for the entire song without your consent. You would then be subject to that PRO’s royalty rate, even if it is lower than your PRO’s rate, and you may have to depend on the other PRO, with which you have no relationship, to collect your share of royalties and account to you.

This would substantially disrupt the well-established practice of licensees entering into agreements with each PRO representing whatever piece of a song they control and create significant accounting inefficiencies as PROs would have to pay royalties to songwriters not affiliated with them.

Under this scenario, songwriters might reconsider who they write with.  Would you want to collaborate with someone signed to a different PRO if it meant you would be subject to a lower royalty rate?  In addition, how would a writer whose song is licensed by a PRO that he or she is not affiliated with have any assurance that their royalties would be properly paid or paid at all?

These potential changes go to the heart of how performance rights have historically been licensed and how songwriters have always been paid. Requiring PROs to grant 100% licenses would be an unprecedented change to well-established licensing practices create widespread administrative confusion and potentially undermine a songwriter’s relationship with his or her chosen PRO.

This is why I am urging you to attend the NMPA event where I am sure you will gain a greater understanding of these complicated issues and learn how you can potentially help.

If you would like to discuss this issue further or have any questions following the meeting please don’t hesitate to contact us. I look forward to seeing you there.