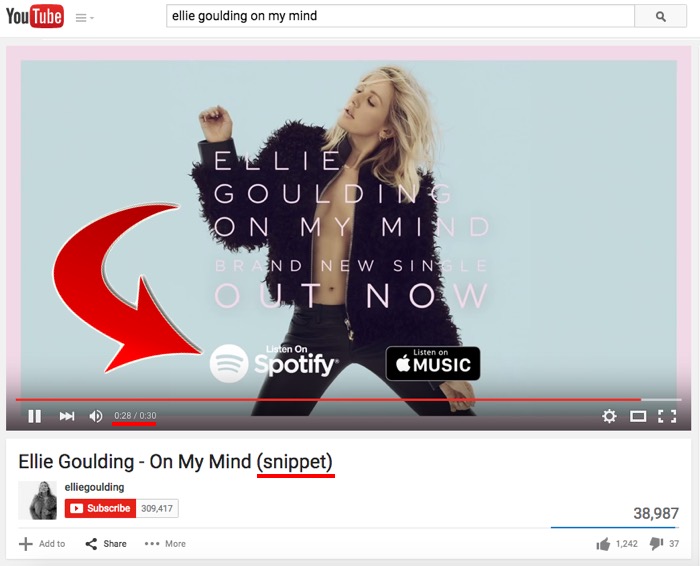 Artists withhold their music from Spotify for one simple reason: they feel like they’re getting screwed.  But if that’s the case, why not punish the sites that are screwing you even worse?

Enter Ellie Goulding, who’s latest single ‘On My Mind’ isn’t available on YouTube or SoundCloud, and totally available on Spotify and Apple Music.  Even better, Goulding is using a 30-second YouTube snippet to drive traffic to better paying platforms instead.  “We want to drive traffic to monetized, legitimate streaming and consumption services rather than non-chart eligible, non-monetized ones,” a representative from Goulding’s Polydor Records told Music Ally. 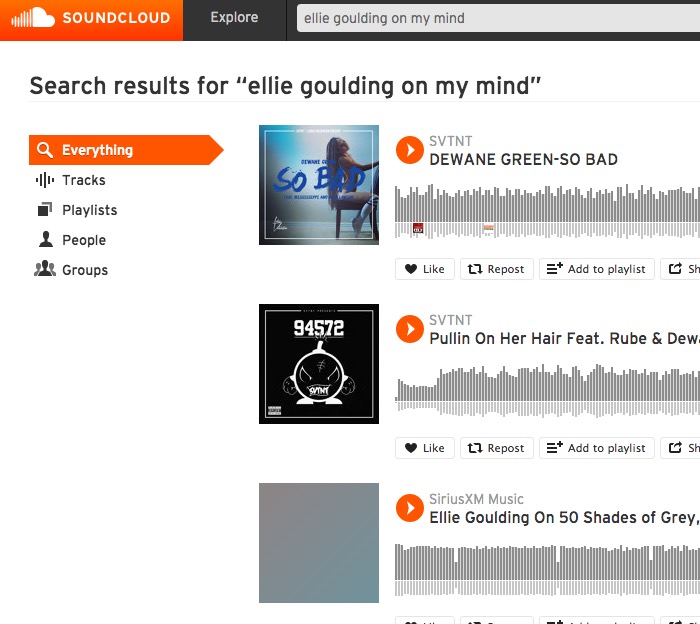 The track is also nowhere to be found on SoundCloud (one result purporting to be the single is actually an interview).  Given the open-uploading nature of both SoundCloud and YouTube, an unauthorized copies can easily surface, though so far, Goulding’s label and team seem to be policing well.