Imagine If ISPs Were Responsible for All That Copyright Infringement 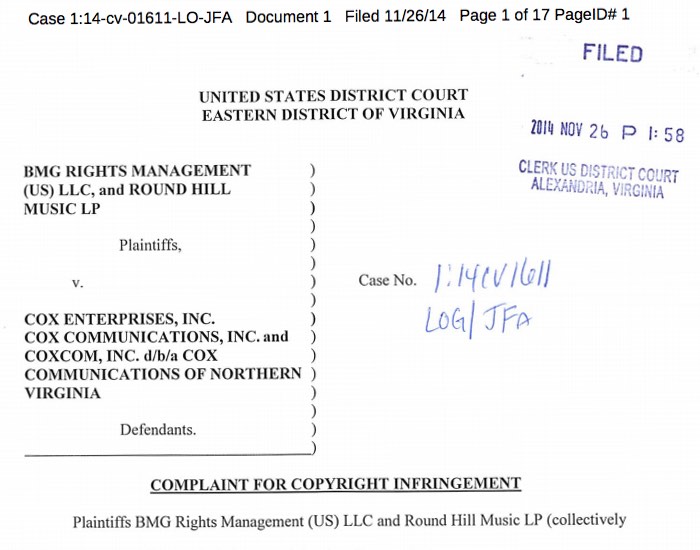 One of the most important cases in the history of music copyright and content protection is happening right now, with a decision expected in months.  Yet very few are even aware of its existence.

The case involves Cox Communications, the third-largest ISP in the United States, and, depending on who you talk to, one of the largest facilitators of piracy in the world.  That’s the accusation of litigating rights owners BMG Rights Management and Round Hill Music, who’ve finally rallied the courage (and resources) to haul the powerful broadband industry into court.

Because alongside all the legal Netflix streaming and iTunes downloading, there’s still a massive-and-increasing level of piracy happening online, largely through BitTorrent.  But talk to Cox — and Comcast, Time Warner, Verizon, and others — and you’ll find that this really isn’t their problem.  Indeed, ever since their initial, post-dial-up roots, ISPs have always argued that they’re merely ‘dumb pipes,’ and ‘transitory’ providers of a high-speed connection that they shouldn’t be forced to police.

That logic has largely kept ISPs safe from liability since the days of Napster, when the music, film, TV, gaming, adult, and book industries realized that they had a very serious problem on their hands.  And a critical part of that defense involves the ‘safe harbor’ clauses of the Digital Millennium Copyright Act, or DMCA, which has very comfortably insulated carriers, user-generated sites, and search engines from massive amounts of copyright infringement liability. 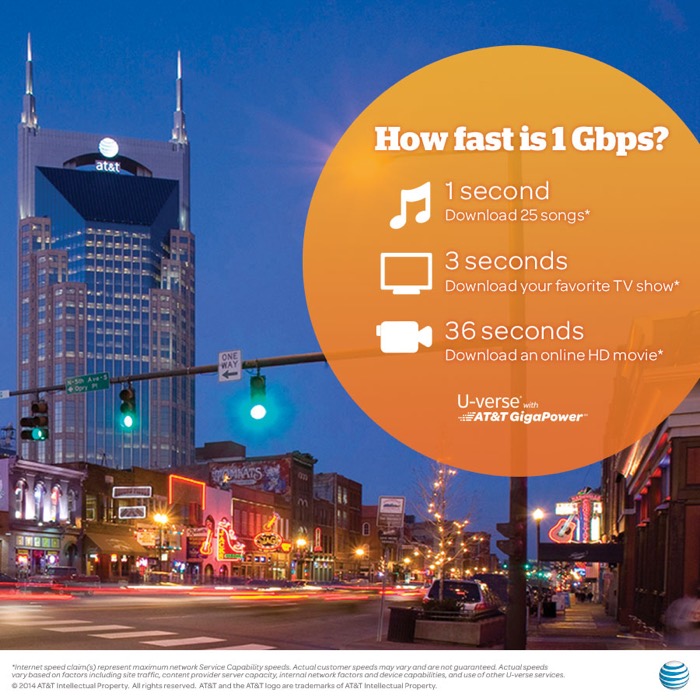 That is, ironically, even though piracy itself has stimulated a huge appetite for fatter pipes.  Which means ISPs like Cox have brilliantly concocted a strategy for not only profiting from massive content piracy, but legally insulating themselves from it as well.  And a key component of that shield throughout has been the DMCA, originally designed in the late-1990s to protect a nascent internet industry from being stunted by copyright infringement liability.

Fast-forward into 2015, and the reason against clamping down on routine infringers is simple: pirates pay the bills, and often, as the heaviest users, they pay huge premiums for bandwidth.  And as long as the DMCA protects the mega-providers from curbing massive copyright infringement, ISPs won’t take any action.

“But what if ISPs aren’t actually complying with the DMCA?”

There are plenty of ethical issues involved here, though ISPs have very effectively argued that they’re simply obeying the law as written.  But what if ISPs aren’t actually complying with the DMCA?  According to BMG and Round Hill, Cox has actually lost its DMCA ‘safe harbor’ protection and is liable for billions, if not trillions, of dollars in copyright infringement.  Late last year, both publishers filed suit against Cox Communications in the US District Court for the Eastern District of Virginia, with potentially trillions (yes, with a ‘t’) of infringement liability alleged (the complete filing is here).  BMG and Round Hill oversee catalogs that include the Beatles, David Bowie, Johnny Cash, James Brown, Katy Perry, and Lenny Kravitz, among many others being actively torrented in massive quantities.

And what these right owners are saying is this: Cox has not only ignored copyright infringement happening on their lines, they’ve deliberately ignored notices covering 7 million repeat infringements from over 200,000 subscribers, some of which have illegally swapped tens of thousands of files.  These notices have been delivered to Cox by Rightscorp, a potent anti-piracy gun (and DMN partner company) that has not only discovered and documented all of these infractions, they’ve mailed them to Cox’s front door.  “Cox has had actual and ongoing specific knowledge of the repeat infringements by its subscribers,” the publishers’ complaint reads.  “Nonetheless, Cox has repeatedly refused to terminate the accounts of repeat infringers.

“The reason that Cox does not terminate these subscribers and account holders is obvious – it would cause Cox to lose revenue.”

Other ISPs, including Verizon and Comcast, have agreed to notify and warn infringing users.  That program, called the ‘Copyright Alert System’ or simply ‘Six Strikes,’ has largely been regarded as toothless because infringing accounts are rarely terminated.  Still, Cox has even declined to participate in Six Strikes, perhaps to avoid admitting infringement, a rationale that may partly explain its refusal to accept Rightscorp’s notices.

According to BMG and Round Hill, those notices follow the spirit and the letter of the DMCA, which requires rights owners to formally notify sites and ISPs of infringing activity.  Those notifications must be acted upon, with reasonable steps taken against repeat infringers, or the safe harbor simply doesn’t apply.  “Cox… has refused to engage with Plaintiffs’ agent in any substantive way and instead has taken the position that repeat infringement notices provided to Cox ‘do not relate to matters subject to the DMCA,'” the complaint continues.

“By ignoring the repeat infringement notifications and refusing to terminate internet access for repeat infringers, Cox has made an affirmative decision to contribute to known copyright infringement and to continue reaping the substantial financial benefits in the form of subscription fees and fees for higher bandwidth.  Cox’s conduct renders it ineligible for safe harbor immunity from copyright liability under the DMCA.”

Welcome to one of the biggest test cases yet for ISPs.  Online, sites like Google, SoundCloud, and even Grooveshark understand the rules of the game: under the DMCA, a takedown notice must be acknowledged and acted upon.  Google plays by the rules, Grooveshark didn’t, and the results are pretty obvious.

“Cox’s conduct renders it ineligible for safe harbor immunity from copyright liability under the DMCA.”

But in the case of ISPs, there isn’t actually a clear court precedent, even though aspects of the DMCA (specifically §512(a) and (i)) call for any ‘service provider’ (which includes ISPs like Cox that provide ‘Transitory Digital Network Communications’) to adopt a policy for addressing and terminating repeat infringers.  Indeed, Cox has been arguing that it’s impossible to clearly define what a ‘repeat infringer’ is, much less force Cox to play judge, jury, and executioner.

Which is another way of saying, ‘sue me, asshole’.  At that’s exactly what’s happening.