I’m Imogen Heap. And This Is Why I’m Releasing My Music on Blockchain 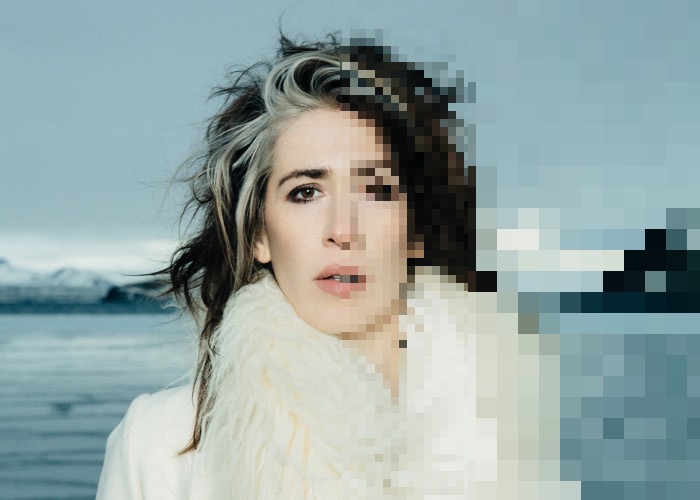 I’ve been in the music industry for 20 years.

Officially I got signed when I was 17, and I’ve seen it change quite a lot over the years.  To the point where I’m now out of a record label, out of management, out of a publishing company, and for the first time in my life I’m actually free, completely.  So I’m in a way in the place where a new artist might be if they were about to release a song, except I’ve got twenty years of experience, and twenty years of people who know who I am (or not).

So now I just thought, imagine if I was a new artist, what would I do?  Where would I go?  How would I think about making money as a new artist, without all the back catalog and the people and the contacts that I know?  And I just thought, it’s really, really, really hard.  It’s really hard to know where to go, who to ask, when you hear all these conflicting stories about the terrible state of the music industry, and all this stuff, and that people are ripping you off, and it just kind of ensues fear into something you so love.

How do you begin?

So I just thought, okay, I’m going to put myself in that position, I’m going to imagine what would I really love to happen if there wasn’t this complex place to start with.  How would I reimagine it, if I could start from scratch?

And so I began to think about that, and thought that I’d like to release my new song, “Tiny Human,” which is about my little daughter Scout.  I thought, because it’s about the birth of a little baby, the birth of maybe the new music industry, potentially, these beginnings that we’re all finding ourselves in.

So, yeah, a song that’s very dear to me, I didn’t want to add to the problems of the very complex industry that we’re in now, where it stems from a paper industry of old statements from one hundred years ago, like sheet music.  These kind of structures are very much still in place, that we’ve just tried to shoehorn in new technology, to the point now that it’s very, very complex and there are so many people in the chain.

And I just thought, wouldn’t it be amazing to feel the presence of the artist, that if they make that decision about their music, it’s really felt in a real physical sense.  That, ‘oh, Imogen Heap has just suddenly taken all of her music offline, I wonder what’s happened, is she alright?’  Or, ‘oh, Imogen has just made all of her music free, isn’t that great, I’ll send it to all these people now.’

“But now, you get a download, but often it’s not connected to the artist in any way.”

And, so I just thought, wouldn’t that be nice, to just have a place, a kind of portal, within which I could share everything?  Which was much easier back in the day, when I was 17-18, you had your liner notes, and everybody would buy the CD and they would sit and read the liner notes, or in my perfect dream they did.  And they would sit and listen in these lovely headphones, of course that’s not the reality.  But I would also take the time to look through, and I would see all the musicians, and say ‘that musician was in that album, or that producer did that thing,’ la la la, and look at all the pictures.

But now, you get a download, but often it’s not connected to the artist in any way.  Sometimes it’s called something completely different, because it’s trying to avoid the fact that people have downloaded it, maybe.  Or it may not have the photo connected to the artwork, or it might not have the lyrics, and people constantly are getting my lyrics wrong because they never read the liner notes.  And none of the musicians that are involved, I can’t celebrate them, I can’t share who these people are.

So I just thought, wouldn’t it be great to be able to put a release online, with all the musicians, all the data connected, everything as far as the brand of microphone I use?  So that one day maybe Sennheiser could get in contact with me, which actually they did because I wrote this song as a campaign song for them.  So, brands could reverse-search me, and find out who likes Sennheiser, or who likes Sonos, and we could make that connection instead of a very convoluted way at the moment (you have to find a manager, blah blah blah).

So, basically, I just thought, one space where the DNA of my music and all my tastes and all the things that went into this song, go onto this place, and it’s the official verified thing.  And then from there, everything stems, all the services stem from this bed of music, of all the music that ever lived.  Ya know, one day.

And then, when you’re listening to something on the radio, or you’re listening to something on your system, your music system, you might see a little light that comes on, and you go, ‘oh, that’s good, this piece of music is being streamed from whatever place this is called,’ or, you understand that it’s Fair Trade Music.  So you realize that when I listen to this song it goes straight to the artist, no middlemen, no all these different people.

So when I met Zoë [Keating, seated next to Imogen], about five months ago, six months ago, it’s all happened very quickly.  She mentioned that she’d been at this event, and heard about Blockchain technology, and I realized there is actually a way that you can connect a file with its payment attached into a digital wallet.  And so when somebody listens to a track — the technology is very close to being there — it immediately recompenses me, and then I can split it off to my choreographer, to Zoë for thanking her, to whatever, it can immediately go into their bank accounts.  Instead of having to wait two years, sometimes, even more, for money to come back to me, it can be instant.

“And then it all started blossoming…”

And that’s so exciting, and I got so excited, that I read loads and loads online, and I’ve just constantly talked about it to everyone, and blah blah blah.  And eventually, people just started to hear about it, and then they got in contact with me, and a lot of it was thanks to the Observer piece, and to Jamie, for connecting me up to Vinay as well.  And then it all started blossoming, and then I met all of these people who’ve got these amazing platforms that they’re already building with similar models.

And that’s why I wanted to release “Tiny Human” this way.  Yeah.