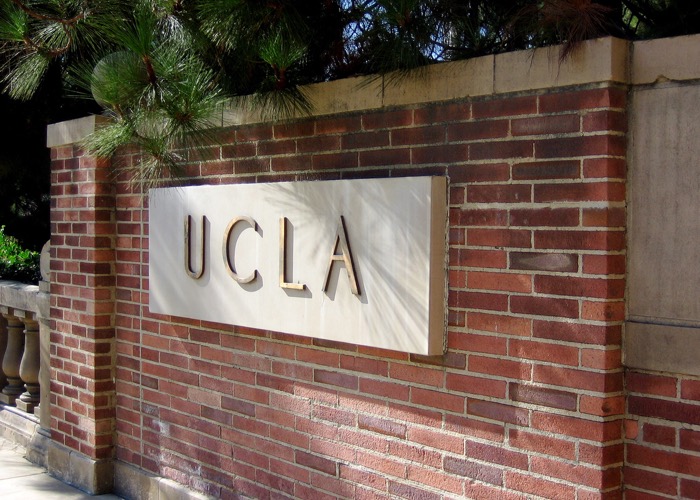 The UCLA chapter of the Sigma Phi Epsilon fraternity is now under investigation for allegedly throwing a Kanye West-themed party that featured blackface and other racist costumes.  According to reports now emerging from the Los Angeles Times and the Daily Bruin, UCLA’s student-run paper, invited guests dressed in baggy clothing, charcoaled faces, and fake booty.  Members of the sorority Alpha Phi were also key participants, according to both reports.

“Everyone keep in mind that simply because I go to one of the top ranked institutions in the country, doesn’t mean I’m any farther away from ignorance and racism as anyone else. They just hide it behind frat/sorority themes, anonymous postings, and micro-aggressions,” one student expressed on Facebook.

At this stage, it’s unclear just how racist the party was, with accusations of ‘blackface’ perhaps a stretch based on the pictures emerging so far (especially considering the traditional definition).  Booty accents may have also been specifically geared towards Kim Kardashian, in fitting with the theme.  One Instagram picture making the rounds is drawing debate, with defenders pointing to charcoaled faces designed to emulate gold miners of the 1800s, with a connection to Kanye West’s hugely-popular song, “Gold Digger.” 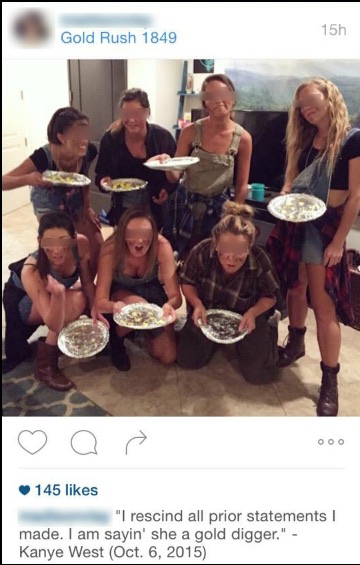 Other photos have yet to emerge.  UCLA, a California-funded university, has offered the following statement in wake of the allegations.

“We are concerned about these allegations and earnestly working to gather information about what occurred, talking to all those involved.  While we do not yet have all the facts, the alleged behavior is inconsistent with good judgment as well as our principles of community. We remind students that while they are free to celebrate in ways that draw on popular culture, their specific choices can cause harm and pain to fellow members of their community. Put simply: Just because you can do something does not mean you should.”

More as the situation develops.