Netflix Is Three Times as Popular as Spotify, Study Finds 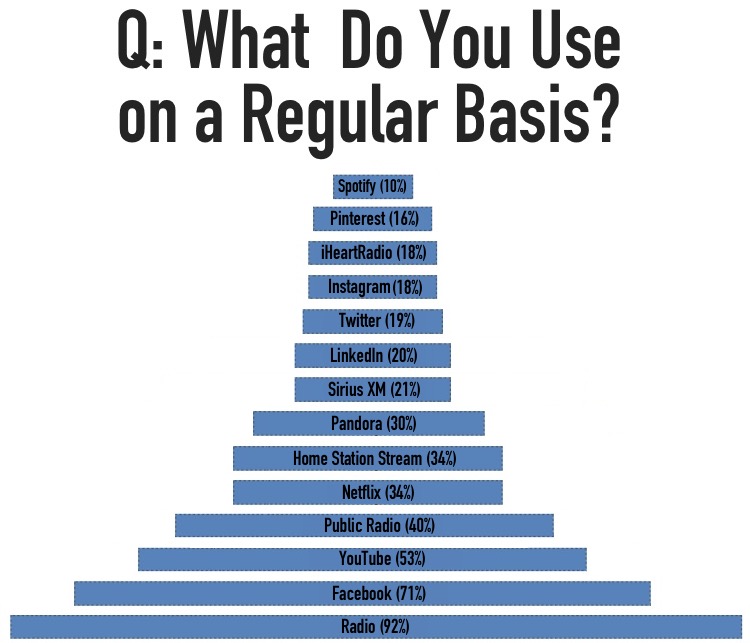 The finding, published by Jacobs Media during a presentation on Wednesday, highlights the extreme and continuing disparity between Netflix and Spotify.  According to the survey of nearly 42,000 Americans on their daily and weekly media consumption habits, Netflix is accessed 3.4 times as frequently as Spotify.

Specifically, just 10 percent of Americans reported using Spotify at least once a week, while 34% reported accessing Netflix during the same period.   That bodes poorly for Spotify, a service that has an extreme portability advantage over Netflix given the multi-tasking nature of music.

Spotify now expects ‘close to 100 million‘ users, paid or free, by the end of 2015.  But a massive percentage of those users will be free, ad-supported users: according to the latest announcement, Spotify counted 75 million users, with just 20 million (or 27%) paying a subscription fee.

And there’s more competition ahead: missing from the dataset is Apple Music, which has been quickly grabbing subscribers since its summertime launch.  Just recently, Apple Music executive Jimmy Iovine pointed to ‘way more than 6.5 million’ paying subscribers, a number that already eclipses Deezer and other rival streaming music services.  By year-end, Apple’s subscriber tally could cross 10 million.