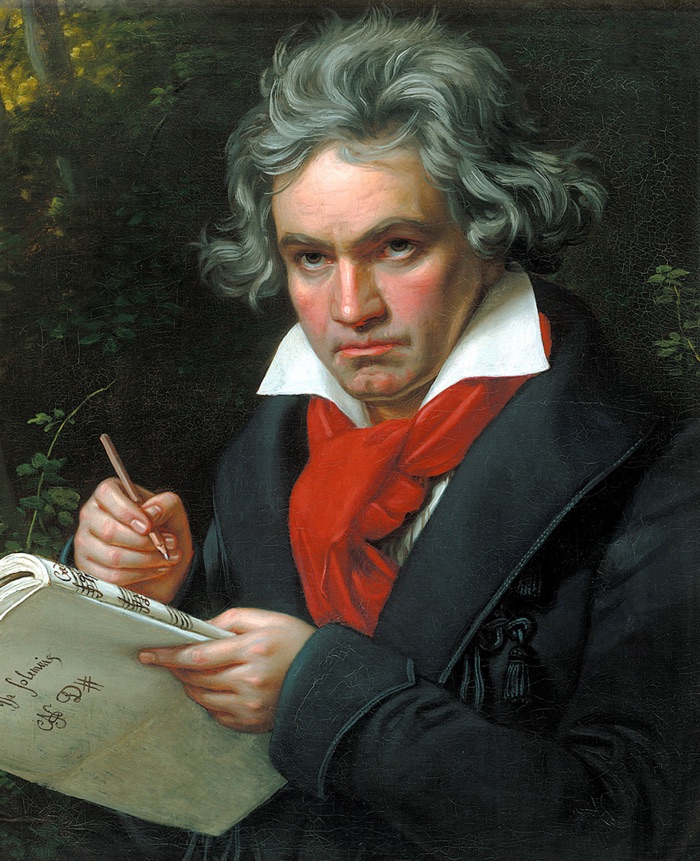 Beethoven, arguably the greatest classical composer in history, pre-dated the major label by more than 150 years and certainly couldn’t sell recordings.  But in an era free of middlemen and heavy-handed contracts, Beethoven managed to earn a decent living by directly collecting revenue from a myriad of sources.

Considered a pre-eminent young composer and part of the next vanguard after greats like Mozart and Handel, Beethoven attracted considerable patronage from nobility and wealthier individuals.  That included Prince Lichnowsky (a prominent early patron), Prince Joseph Franz von Lobkowitz, and perhaps most importantly, Archduke Rudolph.  Napoleon’s brother, Jérôme Bonaparte, was even a contributor.

Patronage was a well-known revenue source for famous classical composers of the era, with the money allocated for residencies, commissioned compositions, and teaching.  Without critical patronage, Beethoven’s stature and musical output would likely have been far diminished.

In pre-Xerox Germany, Beethoven actually drove considerable sales from sheet music, starting in the late 1700s.  His first published work, ‘Opus 1,’ was a set of piano trios written for piano, violin, and violincello (or ‘cello’ in modern parlance).  The publication sold quite well, and offered Beethoven a nice living for more than a year.

‘Opus 1’ was also a great example of driving revenue across multiple channels: the publication followed popular public performances of the trios (also a nice moneymaker) and was dedicated to one of his paying patrons, Prince Lichnowsky of the Imperial Austrian court.

As Beethoven’s popularity and body of works increased, brother Carl started managing a growing cottage industry around published works, while aggressively negotiating deals with publishers. Beethoven even published variations of his own works, and other popular works of the era, for extra earnings.

Beethoven was constantly performing, either as a performer (typically piano) or conducting a massive orchestra.  This was all part of a well-oiled machine: Beethoven’s performances brought money from attendees and patrons, and ultimately stoked to popularity of his works (which could be purchased).

Among the nobility and wealthier upper class, Beethoven would often play at social gatherings and events.

Nobility were frequently students, including Archduke Rudolph.  Indeed, Beethoven and Rudolph were longtime friends, with Rudolph even composing a work for his longtime teacher.

These longer-term gigs brought reliable sums of money, though sometimes ran into complications.  At the behest of Napoleon’s brother Jérôme Bonaparte, Beethoven took up residency at Kapellmeister at the court in Cassel, for a sum reportedly agreed to be 4,000 florins per year.  Bonaparte arranged the group of benefactors that included Archduke Rudolph, though Rudolph was the only one to actually pay Beethoven (yes, Bonaparte stiffed the great composer, part of a centuries-old tradition that lives on today).