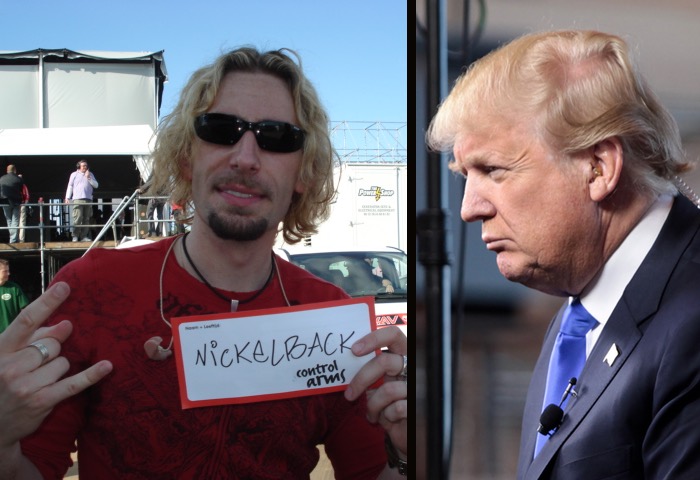 Donald Trump has been accused of race-baiting, targeting Muslims, attacking women, and plunging the Republican Party into disarray while handing the race to Hillary Clinton.  But at a recent rally in South Carolina, the presidential hopeful faced a fresh attack. 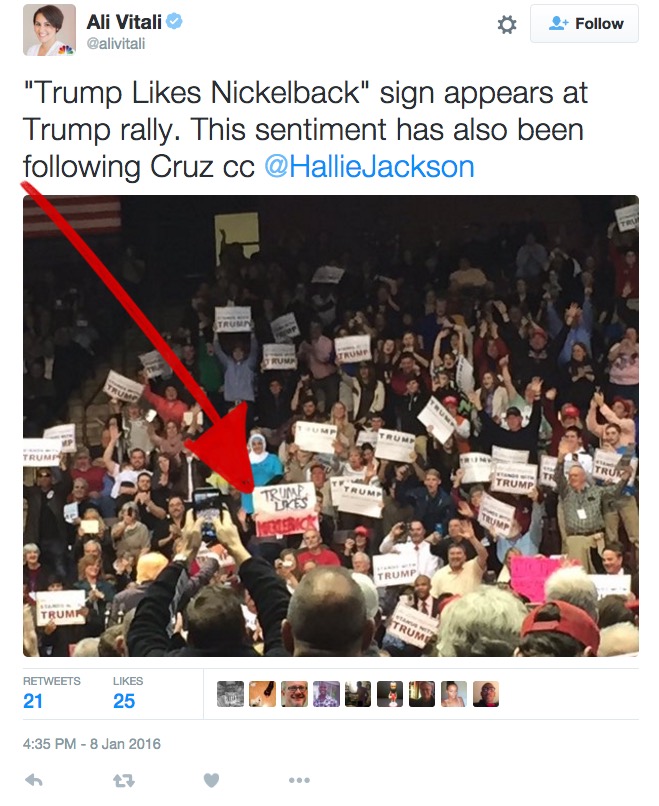 It’s unclear how Trump’s musical preferences were discovered, though the sign was quickly confiscated.  Shortly thereafter, the ‘heckler’ was removed from the event by Trump campaign officials according to rally attendees. 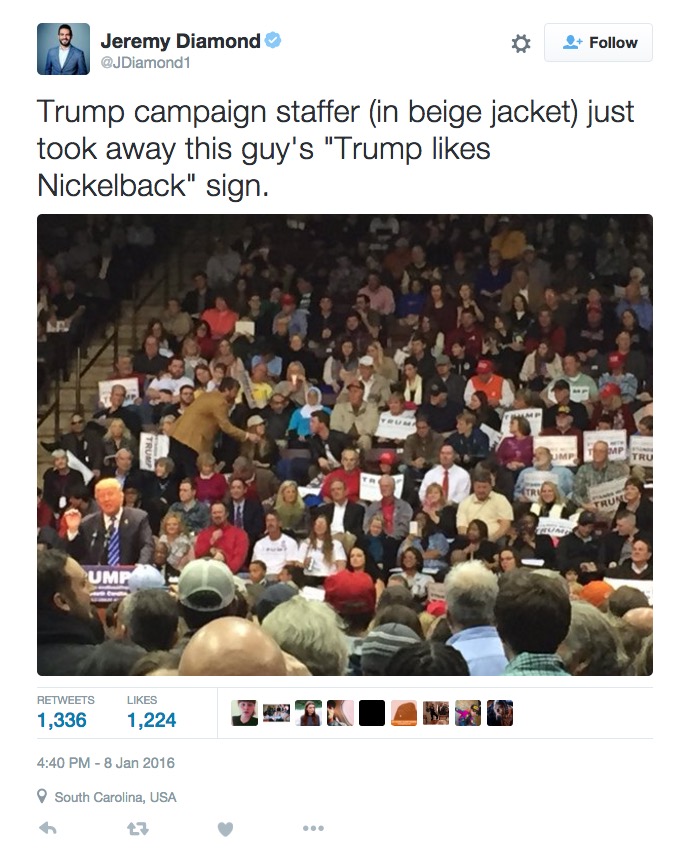 Nickelback, whose ‘paint by numbers’ style of rock n’ roll has helped to sell millions of albums, now faces worldwide derision from millions of people worldwide.  The hangover has been brutal for the Canadian rockers, though Nickelback is still active (and just released an album).  Instead of fighting, Nickelback now appears to be embracing the non-stop avalanche of dislike.