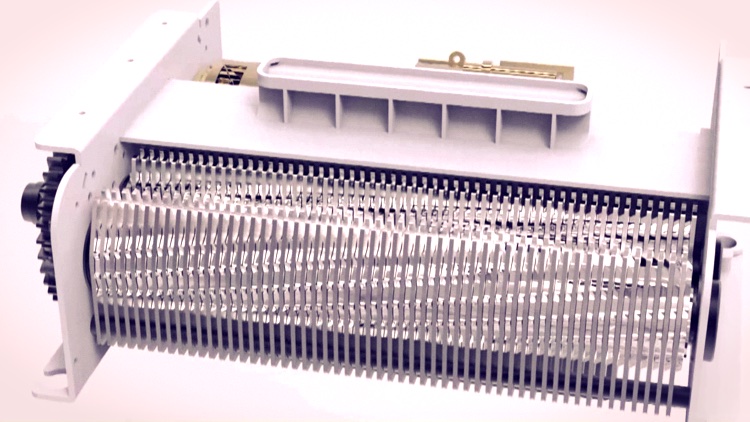 Martin Shkreli is the infamous hedge fund manager who purchased the latest Wu-Tang Clan album for $2 million.  Now, he’s threatening to destroy it.

That, or relocate it to a remote location to create an extreme challenge for would-be listeners.  “With the Wu-Tang album playing in the background, Shkreli says he vacillates between wanting to destroy the record and dreaming of installing it in some remote place so that people have to make a spiritual quest to listen,” Vice reported, part of a lengthy interview with Shkreli this week.

The plan is a part of a super-villain self-identity, one that pits Shkreli against angry hip-hop fans worldwide (among other people).  “I’m not just the heel of the music world,” Shkreli said.

The album, ‘Once Upon A Time In Shaolin,’ received one lone pressing and immense levels of publicity.  Soon after the release, Wu-Tang brainchild RZA claimed to be courting multiple offers in the multi-million range.  Shkreli, who apparently offered the best bid, emerged as the owner, with the group soon regretting the sale.  “The sale of ‘Once Upon a Time in Shaolin’ was agreed upon in May, well before Martin Shkreli’s business practices came to light,” RZA (who co-produced the album) told Bloomberg. “We decided to give a significant portion of the proceeds to charity.”

“If I hand you $2 million, fucking show me some respect.”

Those ‘business practices’ specifically relate to Shkreli’s decision to purchase the rights to rare drug Daraprim, then jack the price from $13.50 to $750 a pill.  Thereafter known as ‘pharma bro,’ Shkreli’s villainous high-profile only worsened: beefs with Wu-Tang icons emerged, with Shkreli also threatening to trash the high-priced release.

Those threats intensified alongside a sizzling beef with RZA.  “I bought the most expensive album in the history of mankind and fucking RZA is talking shit behind my back and online in plain sight,” Shkreli told HipHopDX back in December.  “I’m just getting pissed off.  That’s not the way I do business.  If I hand you $2 million, fucking show me some respect.  At least have the decency to say nothing or ‘no comment.’

“The guy says ‘…before his business practices came to light.’  What the fuck does that mean?  I fucking make money.  That’s what I do.”

Then, there were raids from the feds after allegations of Ponzi schemes and bilked investors surfaced (Shkreli maintains his innocence).  But despite a high-profile raid by the Feds, ‘Once Upon a Time’ was apparently left inside Shkreli’s midtown Manhattan apartment.

A $2 million gem, with an unknown fate.

Oh, there’s one other possibility.  “I’m not going to play it for no reason,” Shkreli also shared with HipHopDX.  “If Taylor Swift wants to come over and suck my dick, I’ll play it for her.”