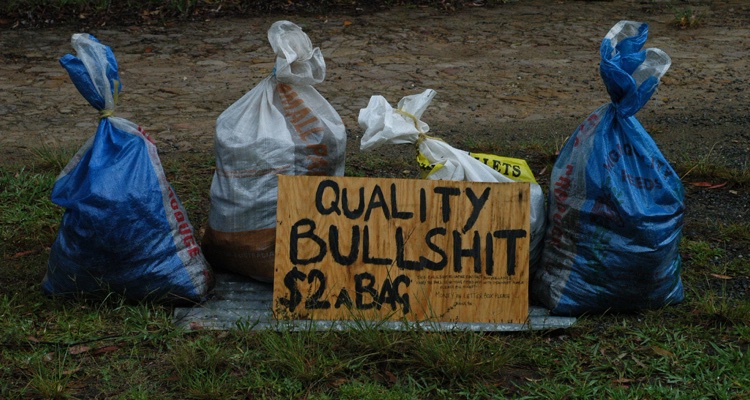 It’s a bombshell announcement in the world of streaming music. But is it bullshit?

In its earnings call Thursday, Warner Music Group confirmed plans to start sharing Spotify IPO gains with artists.  Specifics on the exact payouts were not disclosed, and details on a Spotify IPO timetable were also not shared.

Spotify’s initial public offering (IPO) on Wall Street has been brewing for years, with operators like Goldman Sachs readying the prize.  But those plans have been stymied by a number of negative factors, including adverse market conditions, heavy cash burn, instability around long-term major label licensing, and investor sogginess around that other music IPO, Pandora.

That said, an IPO could mint billions overnight for Spotify and its close-knit major label partners, with multi-hundred million dollar windfalls reaching all three majors.

Now, Warner Music Group, the smallest of the three major labels, disclosed plans to give artists a cut.  “Although none of these equity stakes have been monetized since we implemented our breakage policy, today we are confirming that in the event we do receive cash proceeds from the sale of these equity stakes, we will also share this revenue with our artists on the same basis as we share revenue from actual usage and digital breakage,” Warner Music Group CEO Stephen Cooper stated.

“We strongly believe that aligning our interest with those of our artists is not only good for our artists, but also good for us and at helping the music industry.”

That ‘breakage’ terminology refers to royalties received above minimum royalty guarantees, which offer protection to labels if actual Spotify payouts falls below a specific level.  Basically, Spotify pays a certain amount of cash upfront to all three major labels, irrespective of how many streams are counted (and if they don’t do that, no catalog).

Those minimum levels were long suspected but first exposed in a leaked contract between Sony Music Entertainment and Spotify, first leaked by the Verge.  That contract also included a number of secretive deal terms, including exclusive advertising inventory throughout Spotify, another handy payout not believed to be shared with talent.

Meanwhile, inside sources including industry attorneys have been sharing some dirty practices with Digital Music News.  The biggest surrounds Lady Gaga, whose leaked contract revealed that only royalties specifically tied to the artists would be paid out.  The rest would stay with Gaga’s major label, in this case Universal Music Group.

In subsequent comments, Lady Gaga’s former manager, Troy Carter, revealed that Gaga never received any streaming payouts from her label.  She was effectively screwed out of potentially millions in streaming revenues owed.

Sony has also battled accusations of bilking artists.  In the days after the contract leak, Sony damage-controlled the situation on multiple fronts.  As a first step, the mega-label and Spotify effectively bullied Verge to pull down the contract, but not before thousands of copies were littered across the internet.  Shortly thereafter, Sony sent an internal email assuring that all royalties from Spotify, including blanket royalties and upfront advances, are shared with artists.  “Sony Music fairly and equitably shares revenue from all digital services with its artists,” the letter explained.


That was met with extreme skepticism, though Sony has continued to affirm that message.  Whether the label is actually paying out accurately remains deeply questioned within the industry, especially in the absence of specifics and actual affirmations from artists.  Warner, also a label suspected for its opaque contracts and murky dealings with artists, will have to quantitatively back its claims following Spotify’s Wall Street splash.

So far, Universal Music Group, the largest of the roost, has remained quiet on the matter, though UMG may be forced to change its tune.  Part of the reason is that artists now have more partnership options than ever, including tie-ins with major advertisers, synchronization companies, mobile companies, radio conglomerates, and tech giants.  These tie-ups are happening at a more rapid pace: in the past week alone, Unilever shared details of a huge tie-up with rap artist Raylo, artist-partnering synch agency West One Music Group announced a major expansion into the Americas, and Samsung purchased one million albums from Rihanna.