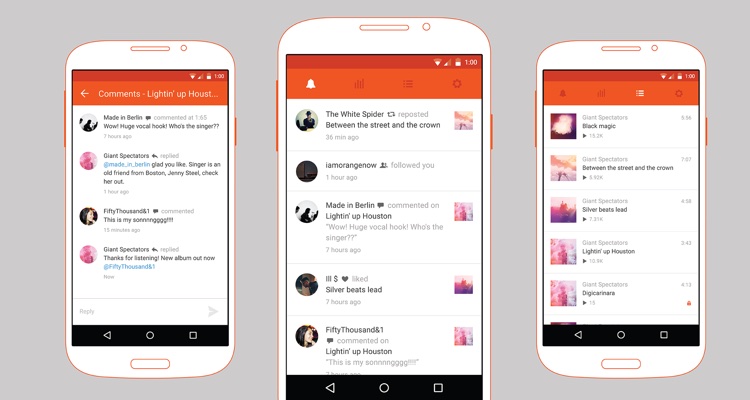 Today, SoundCloud announced via their blog that their Pulse app will be available on iOS.

Unlike other apps, SoundCloud launched their Pulse app via Android first. The app was first launched back in November, so it comes as no surprise that the app has now been launched on iOS.

Pulse makes it easier for music creators to upload their music, either publicly or privately, and manage their accounts from their phones whilst on the go.  Other features include the ability to follow other users, and creators can also track the performance of their music through up-to-date statistics.

The app also allows users to comment on songs through text or emoji, as well as delete comments or block other users.

To say the least, SoundCloud has been doing a lot of updates recently and has been making some bold moves.  Just last month, DMN reported that SoundCloud had signed a critical deal with Universal Music Group, the largest recording label in the world.  And earlier this month, the streaming giant launched ‘Stations,’ a new feature geared towards listeners that allows the creation of on-the-go playlists plucked stream of songs. This feature then generates similar songs to boost discovery.

The frenetic expansion comes against serious financial concerns, though SoundCloud’s cash-burning bonfire is now bordering on wildfire.  Earlier this month, financial statements from 2014 revealed massive overhead and a profitless enterprise, with the company’s own auditor, KMPG, warning of a potential meltdown ahead.  The giant question now is how effectively this company can move towards a subscription service, a critical part of the recently-inked Universal deal.  Reports pointed to a six-month timetable, though insiders say something closer to 9 months is realistic.

A free download of Pulse can be found here.  Image courtesy of SoundCloud.