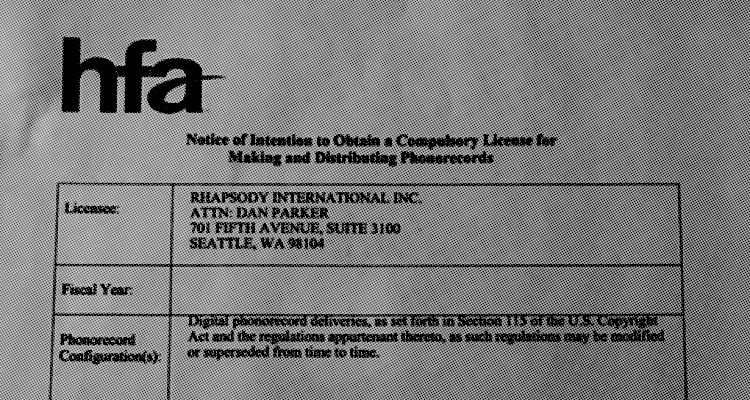 As the ugly, initial back-and-forth gets started on $200 million class action between Spotify and songwriters, rival streaming services Deezer and Rhapsody are taking steps to protect against future liabilities.  The Harry Fox Agency, or HFA, is also assisting in the administration of mechanical licenses dating back to 2005 in the wake of the lawsuit.

The first move is coming from Deezer, which has now taken the strong step of preemptively removing Lowery’s catalog from their global stores.  According to confidential, internal emails shared this week with Digital Music News, Deezer has opted to proactively remove works from Camper van Beethoven and Cracker worldwide, both bands fronted by Lowery.

The step is unusual given that Deezer is not even present in the United States, where the litigation is based.  Instead, Deezer’s model involves a broad swath of non-US stores, coupled with larger markets like France (the service is HQ’d in Paris).  In that light, the Deezer takedowns suggest fear that the litigation will spread beyond US borders, especially with such a massive songwriter class potentially assembling.

Spotify, for its part, has only removed Lowery’s catalog on its US store, according to a separate email (also leaked to DMN) from Spotify executive Steve Savoca to multiple Universal Music Group executives.  “This only affects the US,” the email stated.  “The catalogue will remain live elsewhere.” 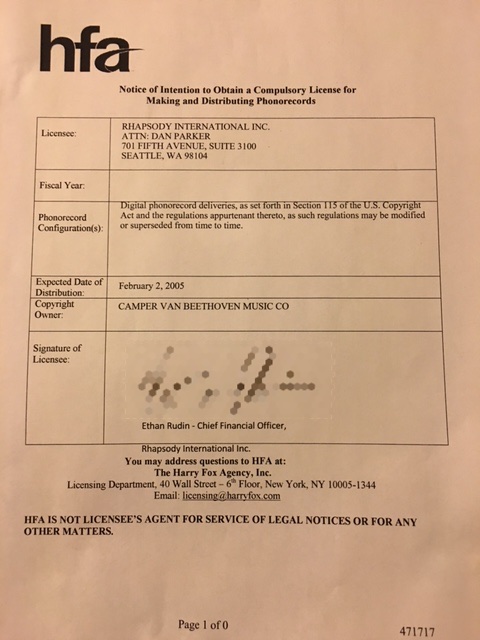 Rhapsody, a longtime streaming music service that finds itself far behind Spotify, is now taking steps to cover its liabilities.  The root of Lowery’s class action lawsuit is the failure to properly pay mechanical licenses on streams, a process that begins with an ‘NOI,’ or Notice of Intention.  Harry Fox Agency (HFA) administers mechanical licenses, and is now distributing NOIs to Lowery dating back to 2005, as confirmed by the above document shared this week with Digital Music News.

Meanwhile, Spotify itself is battling the class action lawsuit head-on, first by moving to strike the entire lawsuit on procedural grounds.  Ironically, Spotify law firm Mayer Brown LLC is now arguing that the complexity of rights licensing makes it impossible to aggregate songwriters into a group.  There are just too many uniquely complicated cases to make a class action applicable, according to the argument.

Updated, 4 pm PT: Our earlier report indicated that LyricFind was ripping down Lowery’s content, though that has been contested by LyricFind CEO Darryl Ballantyne.  “Everything of [Lowery’s] that is up we have a valid license for; anything that is not we’ve never had up,” Ballantyne texted DMN.  The report has been updated and corrected.