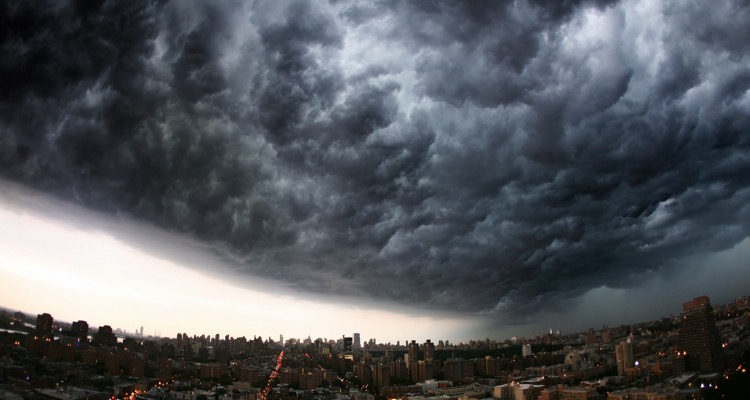 What started as a $150 million class action against Spotify is now threatening to snowball into one of the largest legal fights the music industry has ever witnessed.

Spotify’s attorneys at Mayer Brown LLC are diligently fighting against a massive class action initiated by David Lowery, with infringement claims now potentially surpassing $200 million.  But that’s just the beginning: now, a number of rival streaming music services are getting sucked into the tsunami, with multiple class actions and potentially hundreds of millions in additional royalty damages on the way, according to sources.

This is happening, and it’s happening fast.  According to confidential information shared with Digital Music News over the weekend, legal paperwork may already be getting drafted against Tidal, Microsoft-owned Xbox Music and Groove Music, Google Play Music, Rhapsody, Slacker, and potentially other on-demand streaming music services, with similar, $150 million damage claims for each.

These expanded legal actions may be announced within the next ten days, and perhaps as early as this upcoming Tuesday, according to sources.

As before, artist activist David Lowery is expected to remain a central figure in the litigation, though others are rapidly piling on.  That includes John Emanuel of the obscure band The American Dollar, whose Yesh Music is blazing a legal warpath that has already resulted in an unthinkable settlement with Microsoft (as first reported by DMN).  That out-of-court agreement settles claims involving Xbox Music and Groove Music, and could suggest a slam dunk case by Yesh, Lowery and others.

Indeed, Yesh is also taking on Google Play Music on similar grounds, a David vs. Goliath legal scenario to the extreme.

Common to all of these cases is a specific, overlooked publishing license: the mechanical.  The antiquated license originally covered ‘mechanical’ reproductions of song compositions onto fixed formats like CDs, LPs, and prior to that, early reproductions like player piano rolls.  These days, the license has been wedged into the ‘reproduction’ of temporary files created by music streaming services, a stretch re-definition that is already raising accusations of ‘copyright trolling‘ in DMN comment threads.

The Spotify class action has prompted quick ‘cover your ass’ style reactions from Rhapsody, Microsoft, and Slacker, all of whom have issued backdated NOIs (Notices of Intent) which are the procedural first step for securing a proper mechanical license.  The only problem is that these NOIs date back to 2005, according to paperwork shown to Digital Music News, which could demonstrate culpability in the new class action filings.

Rhapsody and Slacker (not to mention Spotify US) have also recently ripped down David Lowery’s content, specifically for Cracker and Camper van Beethoven, another potential admission of guilt*.  Separately, Deezer has also ripped down Lowery’s content, though the streaming service has a scant presence in the US and will likely not face any litigation given the US-based nature of the mechanical copyright claim.

*Update (Sat Mar 5 8:30 pm PT): Rhapsody now appears to have two Cracker and two Camper van Beethoven albums on its service, which, according to our source, were re-loaded (as of Saturday). We’ll keep tabs on this.

Slacker has also played the retroactive game, though the service is a far smaller fish against belugas like Spotify.  Slacker, which is mostly known as a smaller rival to streaming radio giant Pandora, also has an on-demand component.

And what about Pandora itself?  The internet radio heavyweight is planning a big on-demand expansion ahead, but is unlikely to be touched by the upcoming litigation.  Just last year, Pandora acquired the bankrupted Rdio, though the acquisition itself is subject to certain bankruptcy stipulations.  Currently, Rdio is not a live concern and its previous liabilities would not be assumed by Pandora.

HFA, or Harry Fox Agency, may also get dragged into the expanding legal warfare, according to DMN sources.  The reason is that there may be negligence surrounding HFA’s handling of NOIs themselves, or failure to properly advise their clients (for example, Rhapsody) on proper procedures.  Whether those accusations are reasonable or will hold water in court is another matter entirely, with sources unable to offer any substantive details around this potential side-battle.

Then there’s Tidal, which brusquely (and very publicly) dismissed a mechanical lawsuit by Yesh Music as frivolous and an abuse of the legal system.  Unfortunately for Tidal, Yesh then quickly settled a massive lawsuit against Microsoft on the very same grounds, suggesting a very ‘non-frivolous’ (and expensive) licensing problem.  Tidal still has Cracker and Camper van Beethoven music available, but has reportedly failed to issue NOIs to properly license mechanicals on those catalogs.

Apparently Apple Music will not be named in any upcoming litigation, thanks to proper issuance of NOIs and mechanical clearances.  According to sources, Apple’s NOI paperwork has a few missing elements, but clearly shows procedural compliance and proper intent to license.  Apple Music, which launched in July of 2015, would also face far smaller damages if a licensing problem arose, and could likely settle for a modest fee.

YouTube also appears to have its bases covered, thanks to its in-house mechanical licensing work.  Mechanicals have apparently been properly handled by recently acquired Rightsflow, which was purchased for exactly this reason.  Those procedures appear markedly different than HFA’s, but acceptable nonetheless.  According to information shared with DMN, Rightsflow prefers electronic NOIs, among other methods, and could solidly argue compliance in court.

Stay tuned as more details become available!  And as always, you didn’t read this first on Billboard.