After Skipping Spotify, The 1975 Scores a Number 1 Album 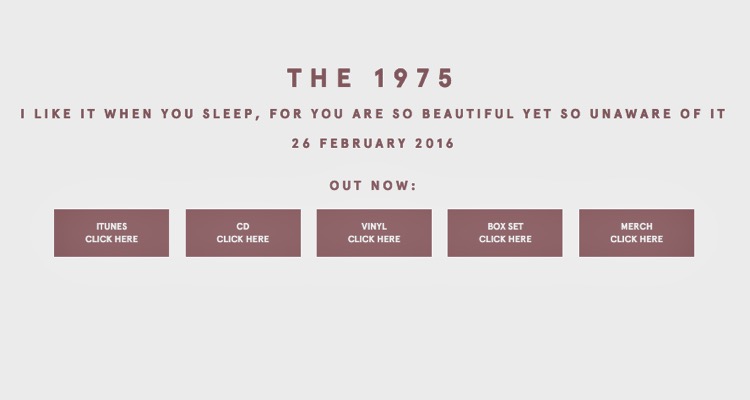 Kanye West skipped Spotify and didn’t even chart.  The 1975, on the other hand, have a number 1 album in several countries.

It’s another vote in favor of windowing, the emerging art of strategically rolling out releases to different platforms to maximize sales and impact.  In the case of Kanye, the ‘strategy’ wasn’t windowing at all, just a Tidal exclusive.  That ego-driven approach featured limited timing and sophistication and lots of bombast, and invited near-certain disaster in the form of BitTorrent piracy and non-existent chart positioning.

For The 1975, the story was entirely different, and merits some industry observation.  After avoiding Spotify entirely and focusing the release on iTunes and a variety of physical formats, the band achieved a number one album in several countries.  According to Billboard and its counting partner Nielsen Music, The 1975’s just-released album, I Like It When You Sleep, for You Are So Beautiful Yet So Unaware of It, sold 98,000 units in the US alone, a chart-topping tally.

Beyond that, the album also topped the charts in Britain, Canada, Australia and New Zealand, which is no small feat.  In fact, The 1975 joins a very hallowed group of bands to top the album charts in both the US and Britain simultaneously, with groups like the Rolling Stones, The Beatles, and Led Zeppelin also achieving the feat.

Also in the mix is a US-based album specifically created for Target, with two extra bonus tracks.  Overall, most of those sales were actual sales, meaning actual purchases of CDs, vinyl LPs, or downloadable album.  The rest, roughly 9 percent of those ‘sales’ were calculated based on complicated Nielsen formulas that attempt to equate streams with albums.

And where were those other streams coming from?  It turns out that while Spotify has been restricted, other streaming platforms received the release.   That suggests a very targeted exclusion, and a potentially bad case study for Spotify.