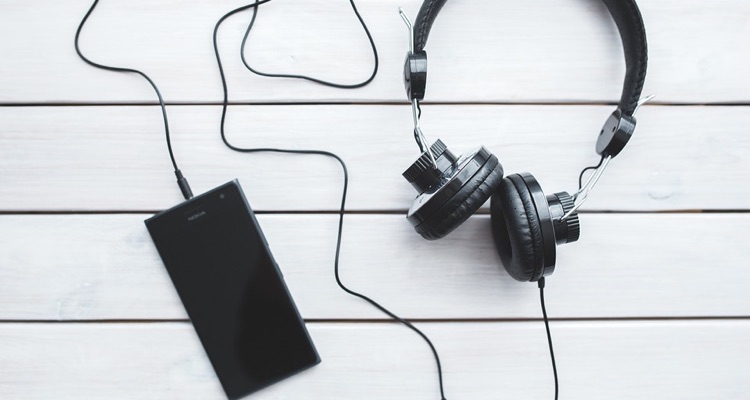 The future of music listening isn’t happening at home.

Parks Associates has released new data which shows that 68% of US-based smartphone owners listen to music via streaming outlets on a daily basis, a stunning stat that further reaffirms the mobility of music fans today.

Within this group, Parks also found users listening to streaming music approximately 45 minutes per day, on average.  The finding underscored the strong preference for mobile-based streaming consumption, with two-thirds of US smartphone users listening to music via a streaming service of some sort.

Desktop is starting to look like a totally different terrain.  Indeed, the rankings change drastically when you compare the popularity of music subscription services between fixed-line broadband and mobile broadband.  According to Harry Wang, Director, Health & Mobile Product Research of Parks Associates, “Amazon Prime Music is the most popular paid music subscription service among U.S. broadband households, thanks to its inclusion in Amazon Prime,” a service that is way down the smartphone list.

Wang also noted that ”the streaming music war has intensified as the large connected entertainment companies are driving to consolidate their offerings,” suggesting a more blended, multi-platform push ahead.

Exactly how many Prime users are accessing music is unclear, though ranking Amazon Prime Music as the biggest paid subscription service in the world seems like a stretch.  Especially when the discussion shifts to mobile: a few months ago, DMN reported the top 10 music streaming apps worldwide, citing information released from App Annie.  Spotify and Pandora Radio topped the rankings on both iPhone and Android, with Amazon Music not even hitting the top 5 apps on either operating systems.

The research, 360 View Update: m-Commerce and Entertainment Apps: Usage Trends, also presented information relating to the different operating systems and the trends of media consumption.  In terms of OS, the study also found that ”those who owned an iPhone consumed more media content than Android users or any other operating systems”.

The research also delved into trends related to different mobile networks, with some surprising results. 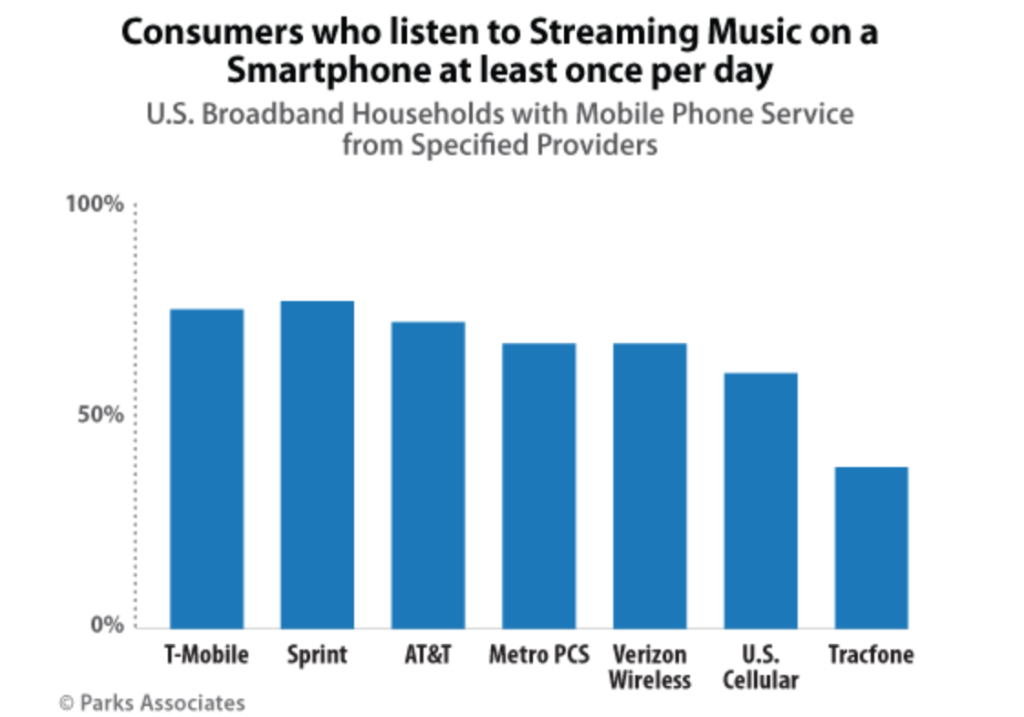 The research found that T-Mobile and Sprint customers carried the ‘highest incidence of daily music consumption’ among U.S. carrier.  Over 75% of subscribers for T-Mobile or Sprint listen to streaming music every day, as opposed to ‘66% of Verizon subscribers.

Perhaps most interestingly, a report stated that there are more than double the amount of Verizon users (140.1 million as measured in Q4 of 2015) than there are T-Mobile (63.2 million) and Sprint (57.9 million).