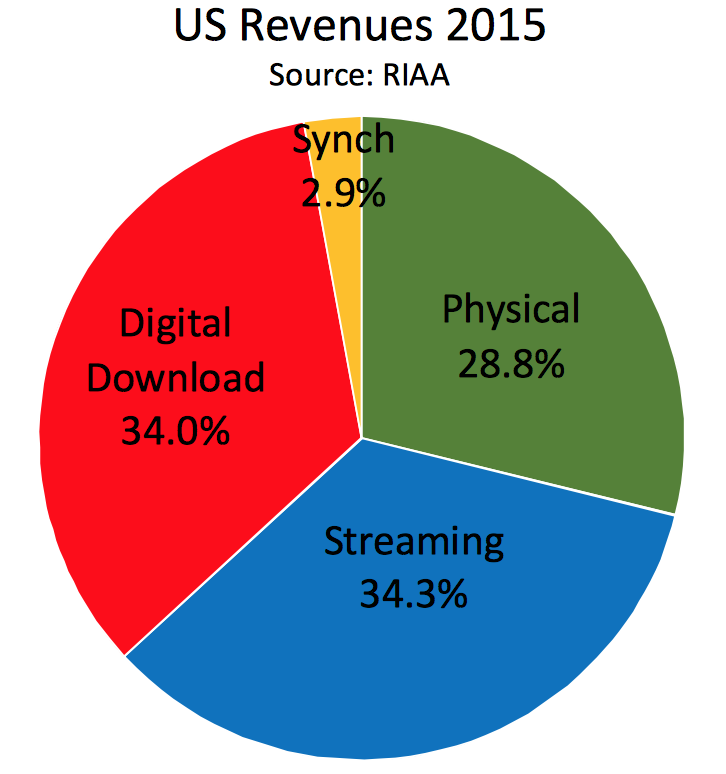 For the first ever, streaming made up the largest component of the total U.S music industry revenue in 2015, which marks a major milestone for the format.  The revenue mix in 2015 displays the ”most balanced revenue mix in recent history,” according to the group.

This is partially offsetting digital and physical declines, or at least what’s left of them.  ”The continued growth of revenues from streaming services offset declines in sales of digital downloads and physical product,” spun Joshua  Friedlander, SVP of Strategic Data Analysis at the RIAA.

This indicates that streaming is growing at a far stronger rate, and generating more income than ever before. 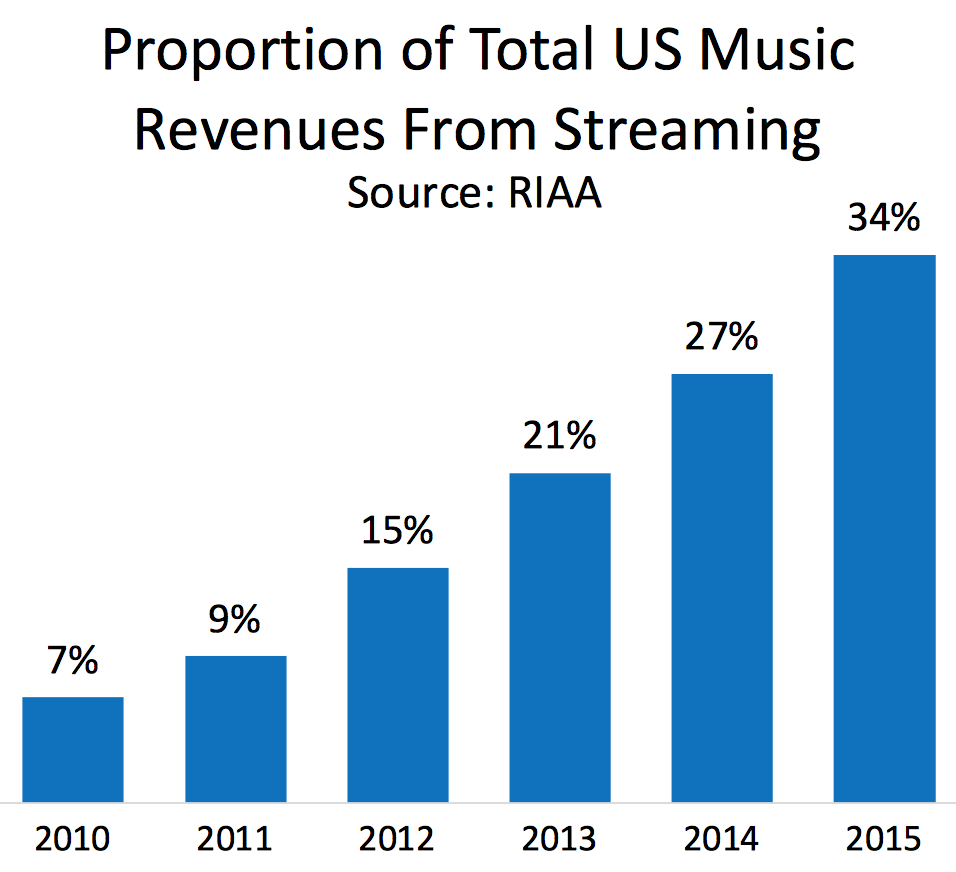 Of that pie, paid subscription services were ”the biggest – and fastest growing – portion of the streaming market,” according to the data release.  Power-players like Spotify, not to mention heavyweight entrants like Apple Music, are powering the paid growth. 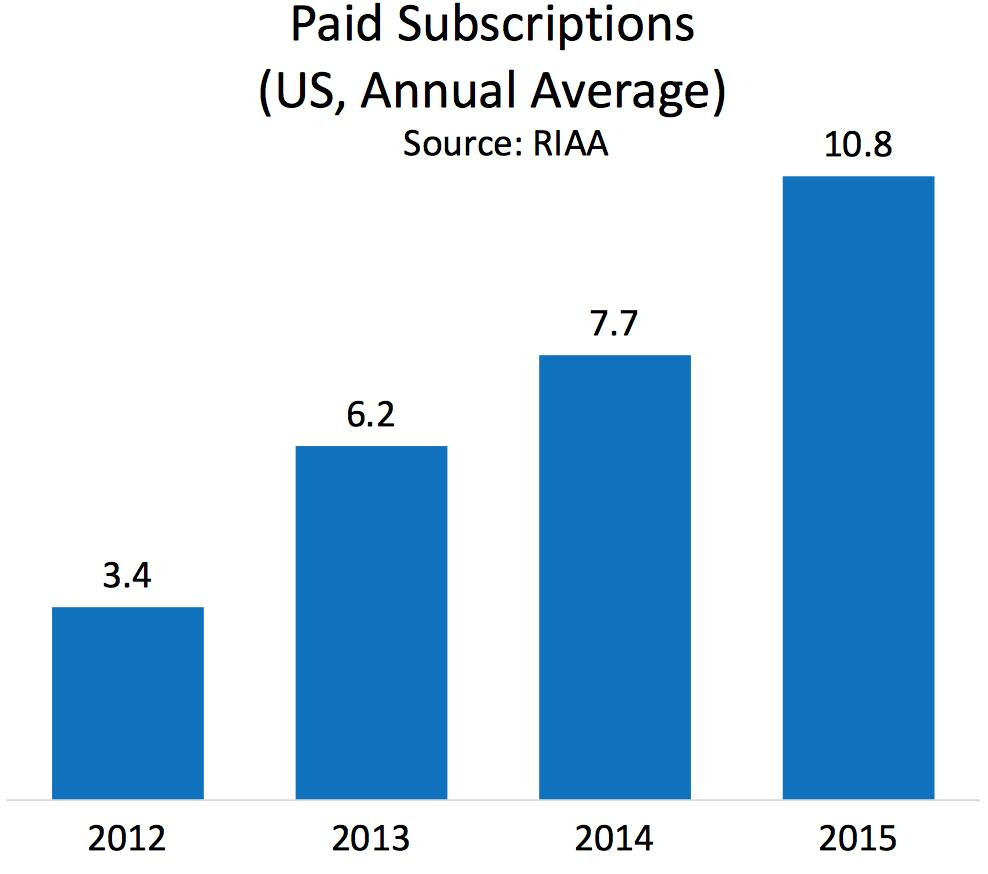 This could become a big future breadwinner.  Between 2014 to 2015, paid subscription revenue increased from 7.7 million to 10.8 million, which is the highest year-to-year increase since 2012.  Indeed, it’s no coincidence that paid subscription revenue increased at the highest rate between 2014 and 2015, thanks to a paid-only emphasis by both Apple and Tidal

”Total streaming revenue exceeded $2 billion for the first time ever.” 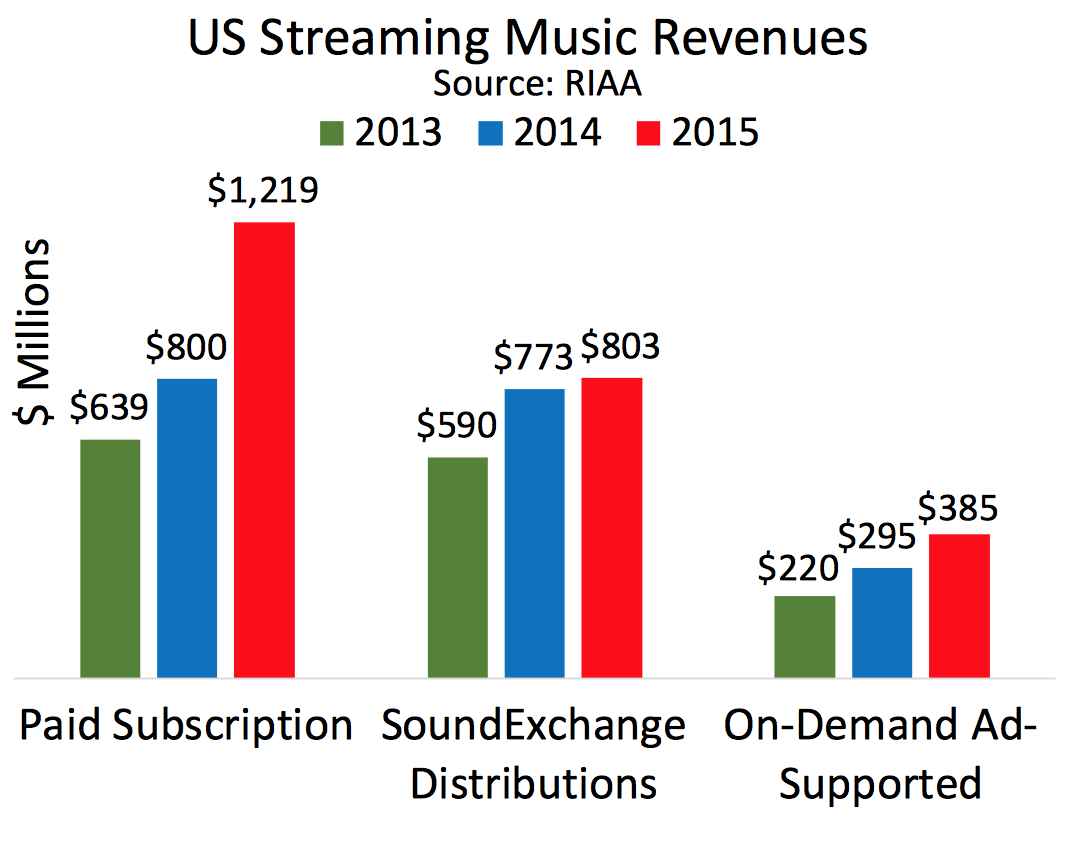 The notion that streaming services have saved the music industry from deep decline, is one that Spotify CEO, Daniel Ek’s has been saying for a while.  With streaming services racking up a recorded $2.4 billion in revenue in 2015, and taking the largest share of U.S, music industry revenue, it’s becoming harder to argue against this bold assertion.