Yet Another Artist Withholds Her Music From Spotify 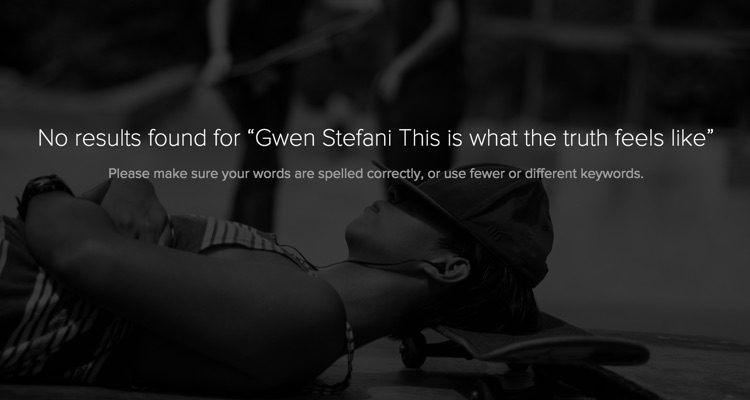 A handful of artists — major artists — are choosing to withhold their music from Spotify whilst opting for competing streaming services, like Apple Music and Tidal.  But why?

It always seems to boil down to the fact that the platform offers a free tier.  Artists simply disagree with fans listening to their music for free the second it’s released.  So, instead they choose to launch their music initially on a service like Apple Music for example, where there is no free option.  This way, artists can allow their music to gain revenue, as the per-play royalty rate is typically higher.

Gwen Stefani is now the latest artists to withhold her music from Spotify.

Gwen Stefani’s latest album, ‘This Is What The Truth Feels Like,’ is available on Apple Music and other streaming services, but is nowhere to be seen on Spotify.  In a video interview with LinkedIn regarding streaming, Stefani spoke out on the massive devaluation that has occurred over the past twenty years.

”It sucks that we’re in a place where the value… of what you do… is less now.”

These comments are sure to annoy Spotify CEO Daniel Ek, who is rumored to be frustrated at the non-stop vilification that his platform has weathered.  That sentiment is only being amplified by the stats: just today, the RIAA announced that streaming revenues from paid subscription services are at an all time high, and Spotify has the largest number of paid subscribers.  Spotify also has a ‘freemium’ crowd of approximately 70 million, according to estimates, and argues that its ‘freemium funnel’ is effective.

Meanwhile, Ek and Spotify have been under pressure from major content owners to ditch their free tier, according to sources to Digital Music News.  But Spotify has aggressively pushed back on those demands, especially given the extreme advantage it would offer rival YouTube.