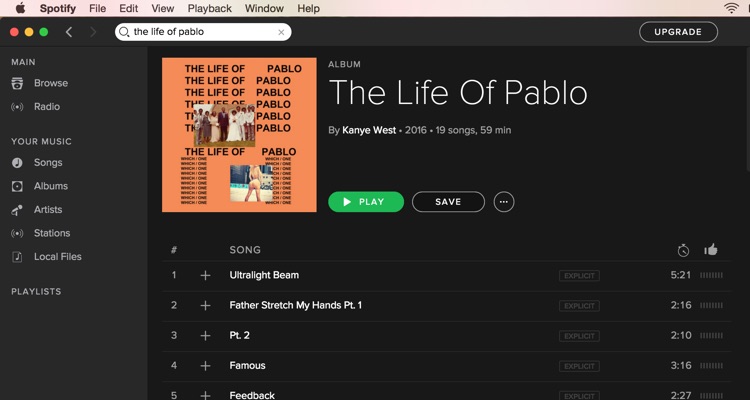 Today, Kanye West’s album The Life Of Pablo finally arrived on Spotify and Apple Music after being a Tidal exclusive.

Kanye West is a master of concocting controversial situations, often by making himself the punching bag.  West proclaimed back in February that his album would ”never never never be available on Apple” and that ”you can only get it on Tidal.”

But fast-forward six weeks and Kanye has changed his mind: The Life of Pablo is not only available on Apple Music, but also on Spotify as well. 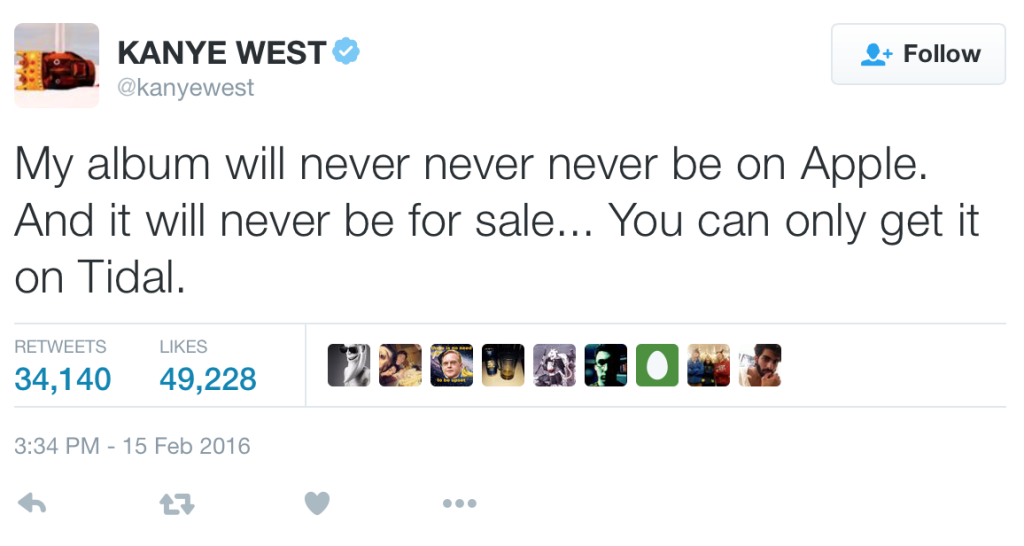 So did Kanye just do this to spark an outcry and generate another news cycle?

Most likely yes: West is a pro at getting his name in the headlines by making bold statements that spark a huge response.  This is an emerging art in the internet-infused era, with West and Donald Trump kindred provocateurs.

But playing the game inflicts wounds, and for Kanye West, one of those injuries is credibility.  Beyond claiming that his album would ‘never’ be available anywhere else but Tidal — which is obviously proved to be an untrue statement — West has also stated on Twitter that he will ‘never’ make CDs again, and that he would be focusing on streaming opportunities going forward.

It started with a tweet that he was ”thinking” about not making CDs, and ended with a definite decision where he states…

Maybe Kanye won’t make another CD in his lifetime, but my guess is he will.  This whole claiming to ‘never’ do something that he ‘will’ eventually do is just a way to generate attention, even if it makes him a punching bag.