How Well Your Genre Sells on Streaming, Downloading, and Physical…

Here’s another critical thing to consider when strategizing your release: genre.  Because genre audiences are oftentimes wildly different when it comes to how they listen to music, all of which can have giant ramifications on how they pay for music (or, don’t pay for music).

Here’s a breakdown of what percentage of revenues each genre generates from different platforms: streaming, downloading, and physical (CDs and vinyl).  The data comes from Nielsen Music, measured across 2015.

I: Genres That Perform Best on Streaming 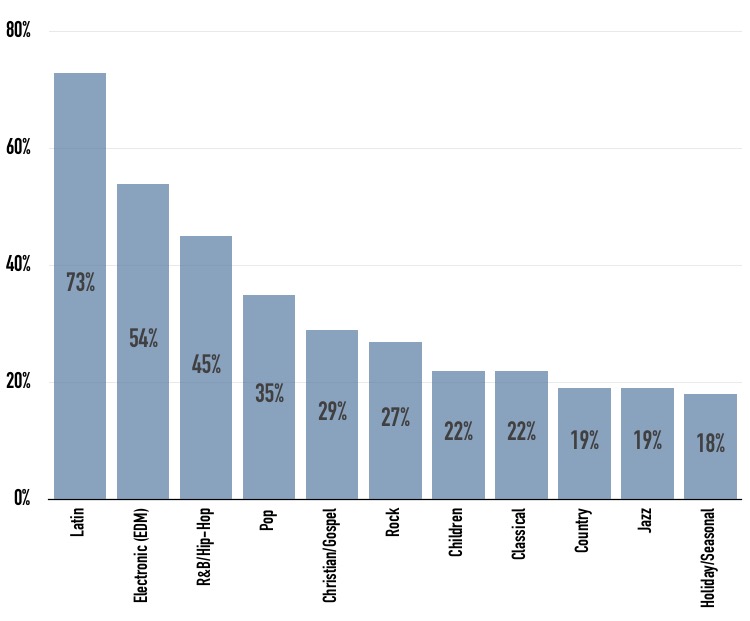 (Percentage of overall sales within each genre that come from album downloads from iTunes, Amazon, et. al.) 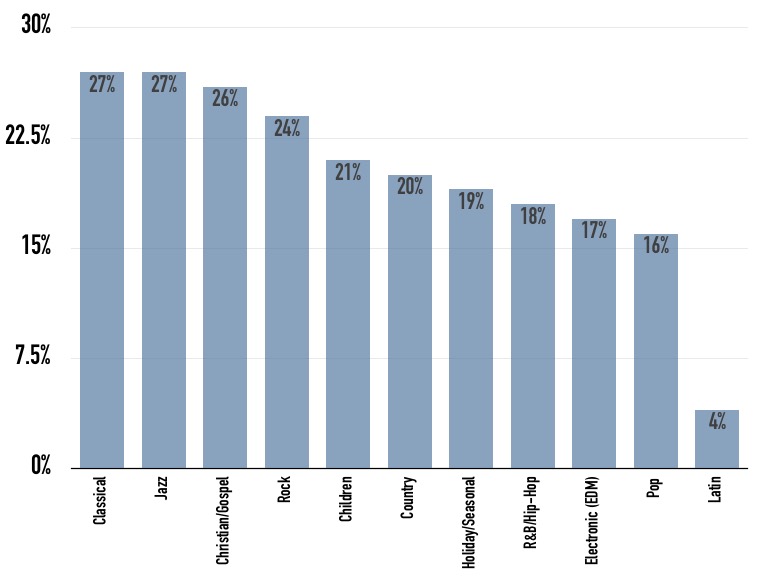 (Percentage of overall sales within each genre that come from CD and vinyl albums; sorry there isn’t a vinyl-only breakdown yet!) 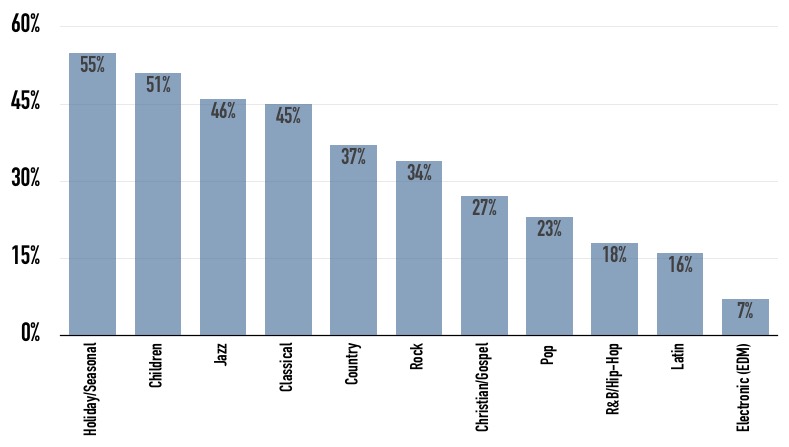 A few notes on this data.

These graphs measures the percentage of overall genre revenue derived from specific platforms.  Many of these genres are niche, but certainly generate income for well-positioned artists.

All genre determinations and categorizations were made by Nielsen Music.

In terms of overall impact, the largest genres (across all formats) were Rock, Hip Hop, and Pop, in that order, with each generating double-digit percentage shares for 2015.   Specifically, those shares were 24.5% for Rock, 18.2% for Hip Hop, and 15.7% for Pop, according to the dataset.  Country and Latin claimed fourth and fifth, with 8.5% and 4.5%, respectively.

Nielsen also offered a breakdown for track downloads, though they are measured as ‘TEA,’ or ‘track equivalent albums’.  TEA refers to an aggregated ten downloads, which would equal an actual album.  That can distort actual download statistics, as it aggregates songs from a specific album only, instead of creating loose buckets of 10.  Billboard, which uses Nielsen data, explained this during an announcement in 2014:

Technically, Nielsen also counts streaming according to ‘SEA,’ which refers to ‘Streaming Equivalent Albums’.  That measurement also involves some distortions from the more straightforward counting of single streams.  Similarly, lumping all streams into one bucket, instead of differentiating between free and paid, can also hide critical and important data trends.