46% of Americans ‘Not That Into Streaming,’ Study Finds 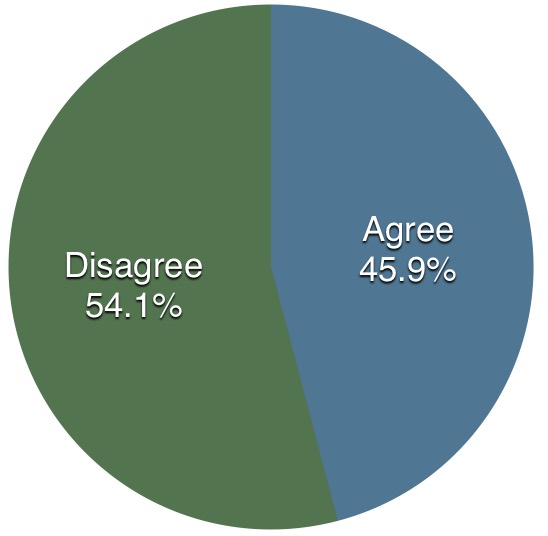 Music downloads on platforms like iTunes and Amazon are plunging, but overall, downloads remain a preferred format for a substantial number of Americans.  And according to a study released this week by Limelight Networks, a large percentage of those people refuse to pay for it.

The report adds to the seemingly-contradictory pile of data emerging around music and media consumption, especially as it relates to the transition to streaming.  On one hand, streaming levels and paying streaming subscribers are absolutely surging, with companies like SoundCloud pointing to a resulting eradication in piracy.  Spotify, a company that also points to decreases in piracy alongside streaming gains, just announced its 30 millionth paying subscriber.  Conversely, song downloads on iTunes and Amazon are sliding precipitously, with the RIAA reporting a 14.9 percent decline last year.

Sounds like a simple transition, but numerous research reports continue to point to deeply-entrenched download and piracy levels, even increasing levels.  Limelight, whose study is focused on downloading overall, found that music remains incredibly popular on piracy channels.

Depending on how you look at the data, this is a greater problem for Hollywood and the television industry, with the most active media consumers more likely to be pulling movies and shows than songs.  According to Limelight, 16.88 percent of Americans are downloading video content on a daily basis, with 14.46% reporting the same on music.

That sharply contrasts with dropping iTunes song download stats, except for this: according to the Limelight study, 48.9 percent of survey participants admitted that they’ll “only download music if it is free,” with an addition 6.89 percent expressing “no problem downloading pirated content.”

Those figures ramp up dramatically among millennials, leading Limelight to peg music as the most-pirated content type.  “It’s interesting to note that music is still the digital content with the highest propensity for theft—what was true in 2000 seems to still be true today,” the study wrote.

But this is a story that goes far beyond simple downloading.  According to a recently-released report from MusicWatch, 57 million Americans are actively pirating content across a number of methods, including a surge in YouTube ‘stream-ripping’.  Converting streams into downloads is nothing new, though a multiplicative jump in streaming is causing it to increase.

Other studies, including a bandwidth-focused report by Cisco Networks, show an all-out and continued increase in content piracy, across all media types.