All of YouTube’s Major Label Deals Are Now Expiring… 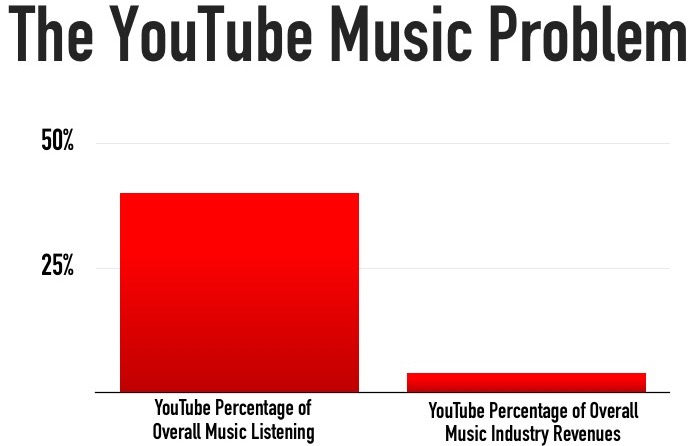 YouTube’s contracts with major labels Warner Music Group, Sony Music Entertainment, and Universal Music Group are all about to expire, or already expired, according to reports and sources this morning.  In a report late last night, the Financial Times noted that YouTube is girding for a ‘showdown’ as each of these labels are preparing to radically shift the terms of their low-paying deals.

The deals are ending ‘within months,’ which active negotiations over how to change future compensation.  “Over the coming months, Universal Music Group, Sony Music and Warner Music are each due to negotiate new licensing deals with the Google-owned video platform,” the Times notes.  “None of the three music companies has commented in public, but each appears keen to ‘reset’ its relationship with a service that has, to date, paid them relatively little for their content.”

Negotiations could be tricky: on one hand, YouTube is pilloried for generating insultingly-low royalties for labels and artists, but the service also accounts for roughly 40 percent of music consumption.  That’s according to Apple Music executive Jimmy Iovine, who spilled the statistic alongside another bomb:  “Here’s a little statistic,” Iovine told attendees at Vanity Fair’s New Establishment Summit in San Francisco last year.   “[YouTube] are 40% of consumption of music and 4% of the revenue.”

“That’s a problem!… They know that doesn’t work. But do they care? I have no idea.”

YouTube has piggishly argued that ad-supported is working, and monetizing users that will never pay for music.  But that rhetoric is being challenged by Apple Music, whose paid-only service now counts an estimated 15 million subscribers.  Tie in Spotify (30 million) and Tidal (3 million), and streaming services are now reaching a critical mass of premium users.

All of which gives the majors a lot more leverage against YouTube.