There Are Nearly 90 Million People Paying for Streaming Music 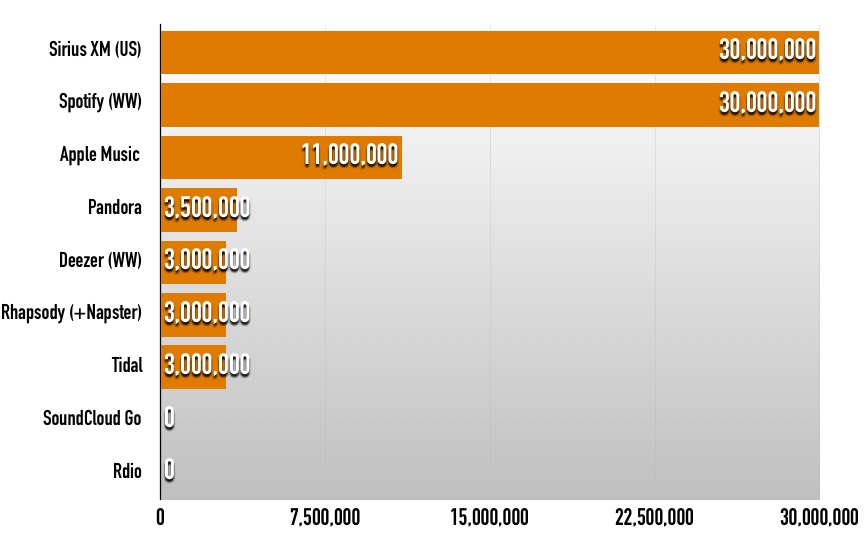 According to the latest stats this morning, the music industry is rapidly approaching 90 million paying streaming music subscribers.

It was a nearly unthinkable level just a few years ago, but the music industry is now surging towards the all-important 100 million threshold.  Now, with recent announcements from both Spotify (worldwide) and Sirius XM Radio (US), and Apple Music largely expected to tip 15 million in the coming months, the industry is approaching 90 million streaming music subscribers.

According to some insiders, the 100 million-mark could represent a major turning point in negotiations with YouTube, SoundCloud, Spotify, and other ‘freemium’ sites.