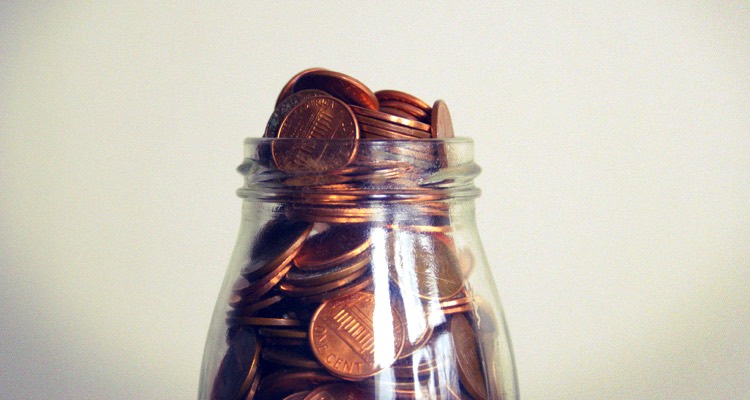 Ad-supported, ‘freemium’ music services from YouTube, SoundCloud, Spotify, and others are barely generating any revenue for the recorded music industry.

It feels like free to users, but it’s also generating very little revenue for the music industry.  According to worldwide data released this morning by the global music industry trade group IFPI, the average revenue generated by an ad-supported, ‘freemium’ streaming music fan is 72-cents over an entire year.

That sharply contrasts with a revenue contribution of $29.41 per paying streaming subscriber, per year, according to the same data.  Currently, Apple Music, Tidal, and Rhapsody remain paid-only, with a range of price points and in some cases, bundled plans.  But the largest services — SoundCloud, YouTube, and Spotify — are dominated by non-paying users, with YouTube and SoundCloud almost entirely free access. 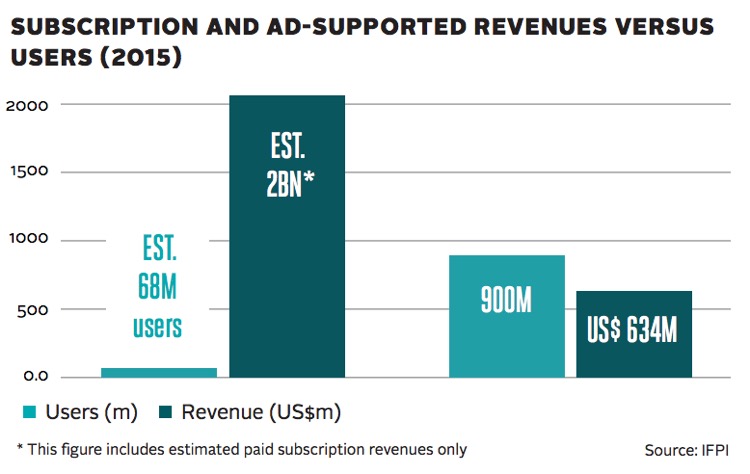 In total, the IFPI now estimates 68 million paid streaming music accounts worldwide, with Spotify and Apple Music easily accounting for half of that figure.  (Earlier, Digital Music News estimated that number closer to 90 million, though a hefty 30 million Sirius XM Radio subscribers were also included in our tally.)

That 68 million, in turn, accounts for roughly $2 billion in global revenues, according to the estimates, thanks to monthly contributions that often surpass $120 annually (and, in the case of Tidal, as much as $240 annually).  By start contrast, the IFPI counts 900 million ad-supported, freemium users on services like YouTube, a group that collectively contributes an estimated $634 million per year.

The contribution gap between paying and non-paying is shockingly large, and a major source of concern for labels.  According to the data, the average paying subscriber is more than 40 times more valuable to the music and recording industries, part of a ‘value gap’ that the IFPI identified in its report.

Sounds like a problem with a simple solution, but converting freemium to paid isn’t simple at all.  In the case of YouTube, most fans are resistant to paying anything, and accustomed to open, free access to any music video in the world.  And complicating the matter is that YouTube itself is heavily resistant to making users pay.

Even worse for the industry is that YouTube doesn’t have to, thanks to DMCA takedown processes that allow users to continuously upload infringing content without penalty.  Over the years, YouTube has constructed a virtually self-contained copyright system, one that includes ContentID and rapid takedowns, but also generates paltry revenues overall.

All of which introduces the latest standoff between YouTube and major labels Warner Music Group, Sony Music Entertainment, and Universal Music Group, a trio that is now collectively re-negotiating their licenses.  Or, threatening not to renew them at all.