We’re a Rock Band from France. Want to See Our Streaming Royalties?

The following comes from Giant Jack, an independently distributed, unsigned rock band based in France.  It covers net streaming payments from Spotify, YouTube, Google Play, Deezer, and Qobuz, among others, for the period spanning November, 2014 to February, 2016.

Giant Jack shared this information with DMN earlier this week, and authorized us to republish it. 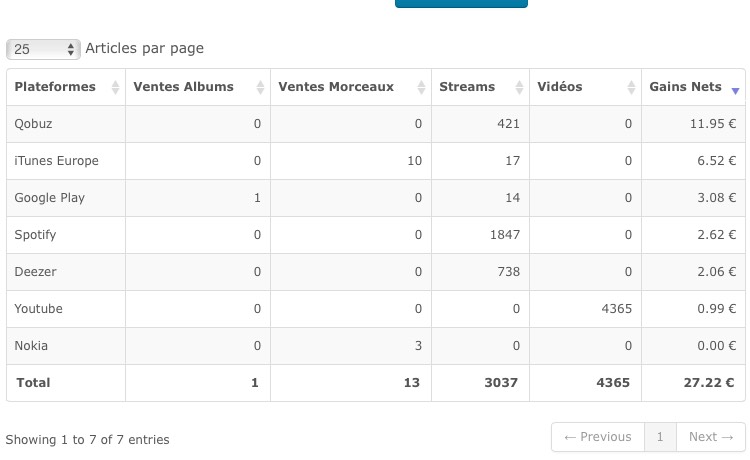 Let’s break this down.

For starters, this is all in Euros, though the exchange rate is fairly equal these days (on Wednesday, it’s 1 € = $1.13 US).  Converting all of these into per-stream, breakdowns, we have:

We’re not really sure what’s going on with Nokia (except that it’s zero); and we’re trying to clarify exactly what ‘iTunes Europe’ is (perhaps something iCloud-related or maybe Apple Music).

In terms of Google Play, the royalty has a full album purchase as well as 14 streams, so it’s difficult to extract a per-stream rate (though maybe there’s more details).

Assembling all of these from lowest-to-highest per-stream payout, we have the following (in $): 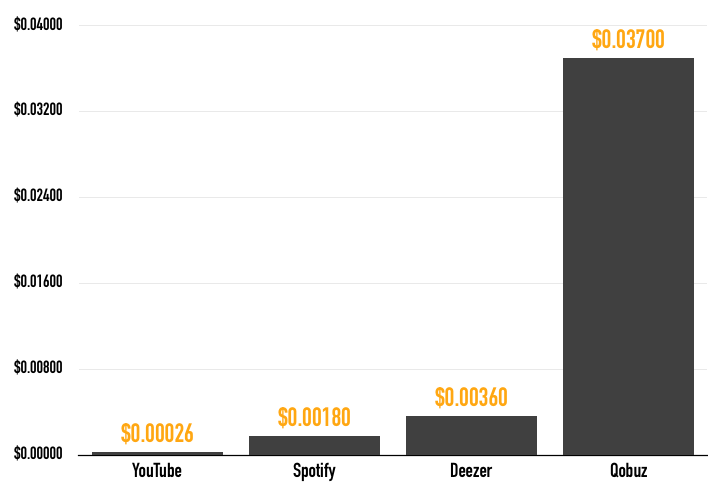 Also, please note that Giant Jack distributes through Wiseband, which is a distributor focused on the European market.

Now for what’s missing: Tidal, Groove Music (Xbox Music), and Pandora, plus subscription services like SoundCloud Go and YouTube Red.  On Tidal and Xbox Music, we’ve actually received an incredibly detailed breakdown of royalties from both of these platforms across more than a dozen countries, thanks to a specific test conducted by an indie hip-hop label (so stay tuned for that).

For Pandora, that involves both (a) SoundExchange statements for recordings, and (b) publishing royalties from PROs.  But, given that this is a rock band in France, and Pandora is only in the US, Australia, and New Zealand, this may be immaterial for Giant Jack.