48% Of People Who Buy Vinyl Don’t Even Listen To It, Study Finds 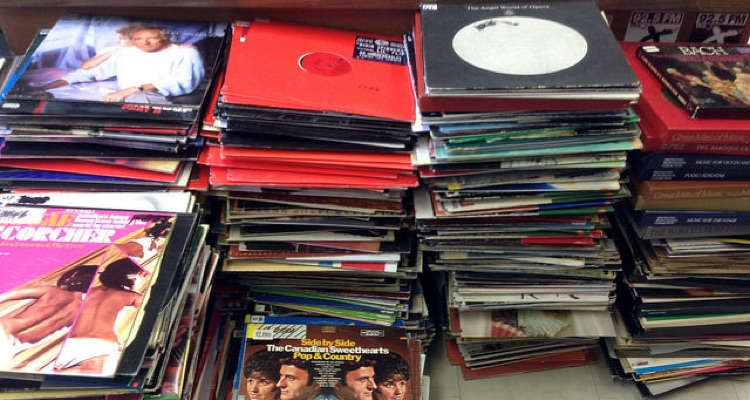 A large percentage of vinyl isn’t even played.

48% of people who actually buy vinyl don’t even listen to the records, according to just-released stats.  But this gets even crazier: of the 48%, 41% have a turntable but choose not to use it, while 7 % don’t even own a turntable. 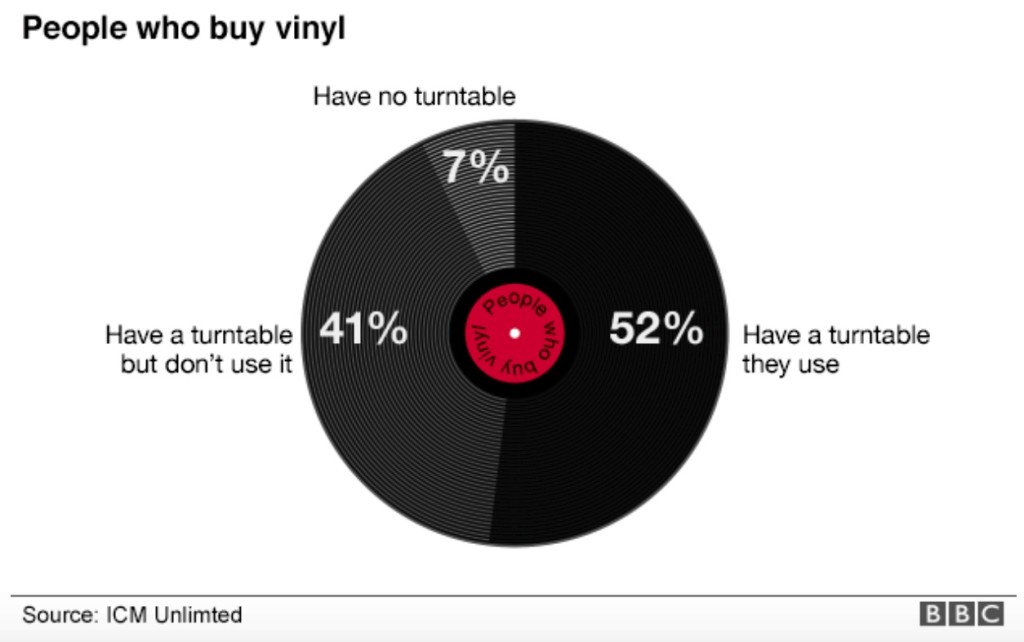 These figures show a growing trend of vinyl buyers who purchase the records solely for collecting purposes.

But why buy and not play?

Vinyl is the only physical format that is still growing, or, alive for that matter.  We waved goodbye to cassettes and we rarely buy CDs anymore, so why are we still attached the this particular format of music?

The prevailing theory is that people still want some music to hold onto.  We’re in an era where digital music is the norm, and we no longer rely on physical formats to listen to the music that we want to hear.  But streaming music or simply downloading music from the internet simply doesn’t feel the same as physically owning a piece of music, especially if it’s a piece of music history.