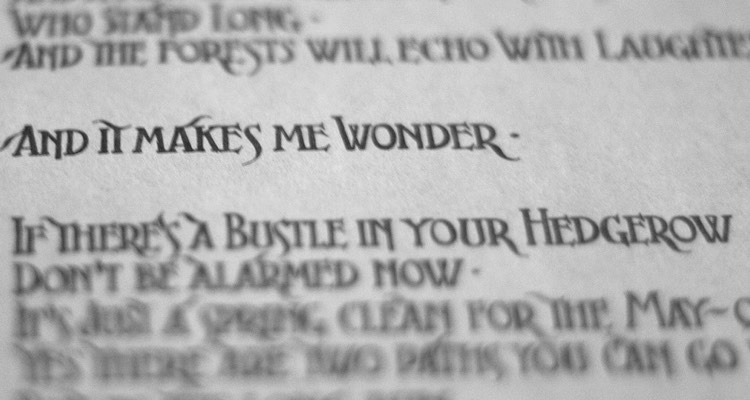 Earlier this week, a federal judge allowed a copyright infringement suit to proceed against Led Zeppelin, specifically over the seminal song, ‘Stairway to Heaven’.  The plaintiff is Michael Skidmore, a trustee of the Randy Wolfe estate, who ties back to the band Spirit.

Spirit has long felt that their track, ‘Taurus,’ was lifted by Zeppelin for ‘Stairway,’ without proper credit or payment.  Now, a jury is going to decide if Zeppelin lifted a critical guitar sequence from that track, based expert forensic musicology and analysis of the two songs.

These are the two songs that will be compared in the coming days and weeks, with a decision potentially crushing Led Zeppelin with massive infringement penalties.

But what if Zeppelin ripped that track from someone else?  It now looks like Spirit’s claim could be trumped by an earlier work from the late 50s, as performed by Davey Graham.  The song, ‘Cry Me a River,’ appeared in BBC broadcast in 1959 (with no ties to Justin Timberlake).

Take a look, and play particular attention to passages appearing at 0:19 and 1:02.

Whether this performance and interpretation was widely known is another question, though Jimmy Page has cited Davey Graham as an influence.  Indeed, Graham is regarded as a highly influential and genre-pushing artist, and oftentimes credited with driving a resurgence in folk in 1960s Britain.  As an instrumentalist, his guitar-plucking style has often been imitated, especially by artists of the 60s and 70s.

This isn’t exactly a ‘discovery,’ as aficionados of the era have debated the possible plagiarism for decades.  But in the context of this lawsuit, it could dramatically alter the outcome if properly entered into evidence and heard by the jury.  It also raises a gaggle of separate possibilities, including a potential lawsuit from the Graham estate (the folk guitarist died in 2008 at the age of 68).

Then there’s the separate matter of whether Spirit may have stolen Graham’s work prior to any involvement from Zeppelin, intentionally or otherwise.  Because if copyright infringement can be found by Spirit, it automatically nullifies the Zeppelin suit.